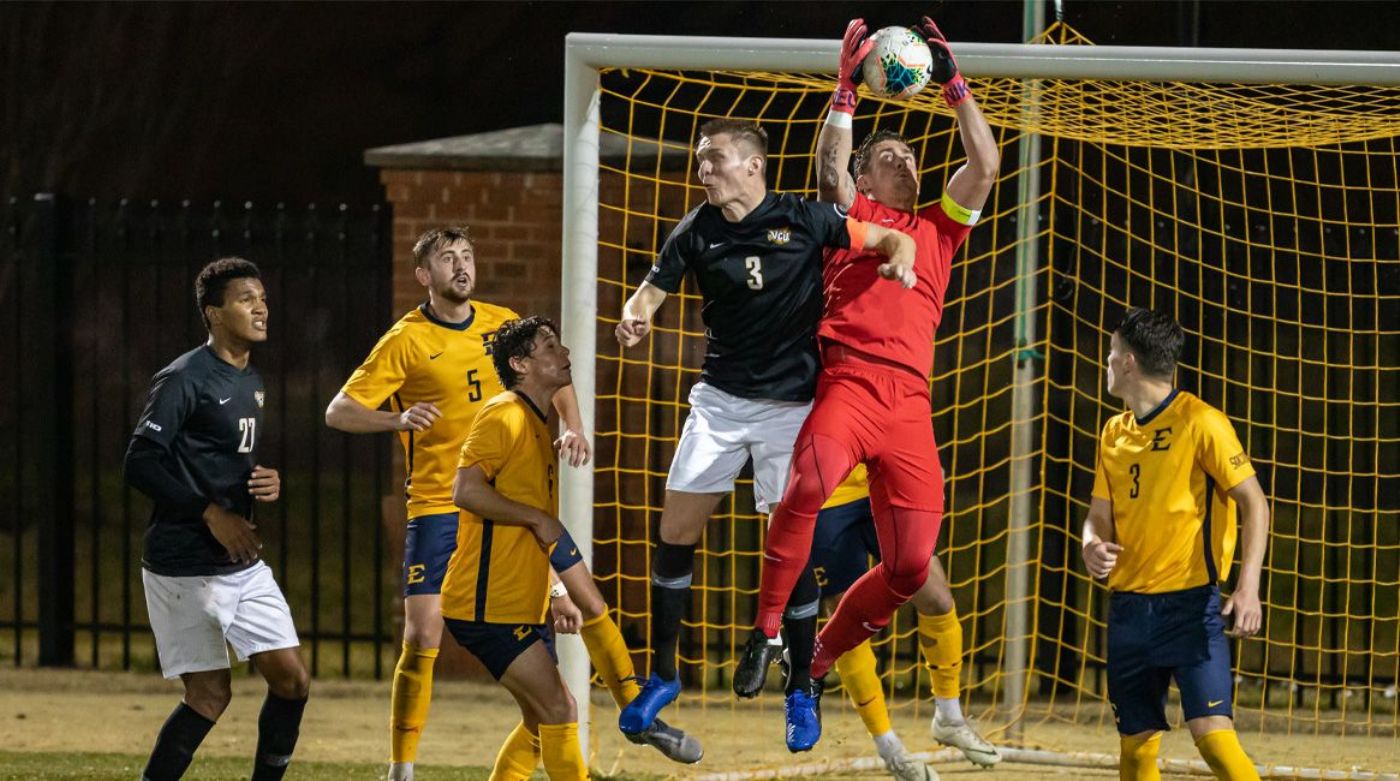 SPARTANBURG, S.C. (March 24, 2021) – The ETSU men’s soccer team scored their first nomination of the season for a SoCon Player of the Week award, the league announced on Tuesday afternoon.

Entering his third season as an integral piece to head coach David Casper’s side, Josh Perryman (Sheffield, England) answered the call with performances against Mercer and Wofford on the road over the past week, earning him a spot as the Southern Conference Defensive Player of the Week.

The Englishman entered the year with a career-high of seven saves, only needing a handful of games before tallying a new-best eight saves against #11 Marshall in late February. The Buccaneer shot stopper again reached that mark last Tuesday, coming up big with eight saves for the second time this season on the way to a 1-0 shutout against Mercer for the first conference win of the season.

Perryman followed the performance with a four save effort against the Terriers, an own goal and a free kick the only blemishes for the ETSU captain. Perryman responded by recording a huge stop in the 87th minute to help retain a 3-2 Buccaneer lead and an eventual win over Wofford, putting them at a tie at the top of the league heading into the midweek matchup against Belmont.

With the award coming out in the middle of the match with Belmont, Perryman had another outstanding performance, grabbing six saves on his way to a third clean sheet in five games.

Perryman’s three shutouts on the year have pushed him into third all-time in Buccaneer history. Only ETSU legends Ryan Coulter and Jonny Sutherland have produced more clean sheets than Perryman.

The Bucs are back Tuesday afternoon to take on VMI in the final home match of the regular season, with kickoff scheduled for 3 p.m.