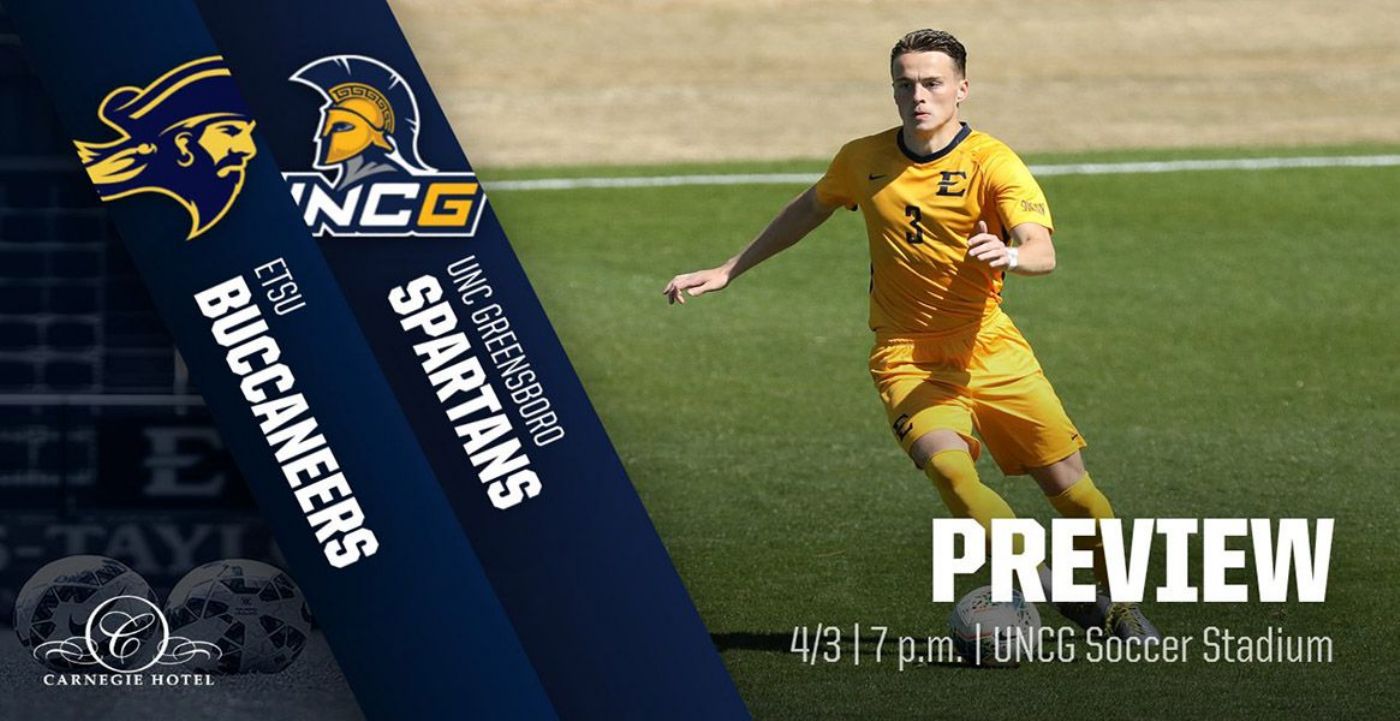 ETSU clinches a first round home match, #2 seed with win

JOHNSON CITY, Tenn. (April 2, 2021) –  Despite grabbing a spot in the Southern Conference Tournament with a 7-0 rout over the Keydets on Tuesday, the ETSU men’s soccer team has plenty to play for in the regular season finale.

With a win over UNCG on Saturday evening, the Bucs would host as the #2 seed in the SoCon Semifinals inside Summers-Taylor Stadium.

ETSU enters on a four-game unbeaten run, the offense exploding for a program-record seven goals in the win over VMI after settling for a 0-0 draw a week prior against Belmont. The Bucs also set program records with shots (37) and shots on goal (25) in the win.

The Blue and Gold can finish as high as second in the regular season, and only as low as fourth after ensuring a spot in the playoffs with their win over VMI.

A week’s rest was the exact answer needed for Head Coach David Casper’s men, the Blue and Gold looking fresh and reenergized in the Tuesday contest against the Keydets. Having delivered the 63 straight loss for VMI in conference play, the Bucs received a boost from an attack that has seemingly clicked at the right time of the year. Both Jared Leheta and Lucas Lightner registered a brace on the afternoon, while freshman Tarik Pannholzer showed a final product that saw the German finish with a hat trick, only the second time a Buccaneer has achieved the feat in program history.

After the performance against VMI, ETSU enters with the second-best scoring offense in SoCon play, averaging 2.4 goals in the conference campaign. The Bucs have recorded 11 assists in their 12 goals in league action, the highest assist-goal ratio in the league. The Blue and Gold success has come off the back of the defense, allowing only .80 goals per contest, good for second behind Furman.

Freshman Jared Leheta (Montreal, Canada) climbed up the Buccaneer leaderboard with his brace against the Keydets on Tuesday. Entering the game, the freshman ranked fourth in most goals by a freshman in program history, jumping Itode Fubara’s 2010 season and sitting one goal behind teammate Kieran Richards (Hamilton, New Zealand) who scored six in his debut collegiate season last year. Lucas Lightner (Clarksville, Tenn.) proves to be a valuable asset off the bench, scoring all four of his goals as a substitute to pace the team with the second-most goals on the year. Showing flashes all season, Tarik Pannholzer (Flensburg, Germany) finally grabbed the finished product in sensational fashion. The rookie added three goals and an assist in the win against VMI, joining Fletcher Ekern as the only other Buccaneer to record a hat trick in program history. Pannholzer is one of just 16 players to record a hat trick this season, tying five others for an NCAA-best seven points in one game after also registering an assist in the win.

From his center back role, Dominic Foster (London, England) leads the squad with three assists, adding another in the win over VMI. Three others add two assists to the team, Pannholzer, Richards and Aidan O’Brien (Asheville, N.C.).

Eight games in, Josh Perryman (Sheffield, England) continues his strong career in the Blue and Gold. With four shutouts on the season, including three in the last four games, the redshirt junior is only the third goalkeeper in Buccaneer history to record double-figures in clean sheets. If the season finished now, Perryman’s .814 save percentage would be good for second all-time in program history, only trailing Jonny Sutherland’s season in 2017 where the shot-stopper recorded an .821 save percentage.

After an opening loss to UNCW, the Spartans produced an otherwise unblemished non-conference schedule by rattling off four straight wins heading into SoCon play. UNCG hit a small patch of bad form, taking a draw off of Mercer before a defeat to Furman saw the Spartans winless in the league after two games. Three straight wins on the bounce entering tomorrow night’s contest sees the Spartans sitting tied in second with ETSU, a winner-take-all scenario ready to unfold on the final day of the season.

The Spartans enter with a 2.20 goals per game average on the offensive side of the ball, while allowing just a goal a game on average over their first 10 games. UNCG doubles its opponents’ shot attempts with a 160-79 advantage, 46.9% of their shots being on target. The hosts average seven corner kicks per game.

UNCG enters with three different players with 5+ goals on the year. Led by Theo Collomb with his six goals and three assists to lead the conference in points, both Mani Austmann and Fernando Garcia have tallied five goals to their names on the season. Sam Coad leads the Spartans with four assists, while Niclas Wild has received the majority of time between the sticks for UNCG. The German freshman owns a 5-1-1 record in the net, recording a .750 save percentage and a 0.96 GAA.

The Blue and Gold enter the series with a 6-5-5 advantage overall against the Spartans. The visiting team has usually had the advantage in the series, ETSU having gone five games unbeaten against UNCG on their home turf. Overall, the Bucs are 4-2-2 in Greensboro.