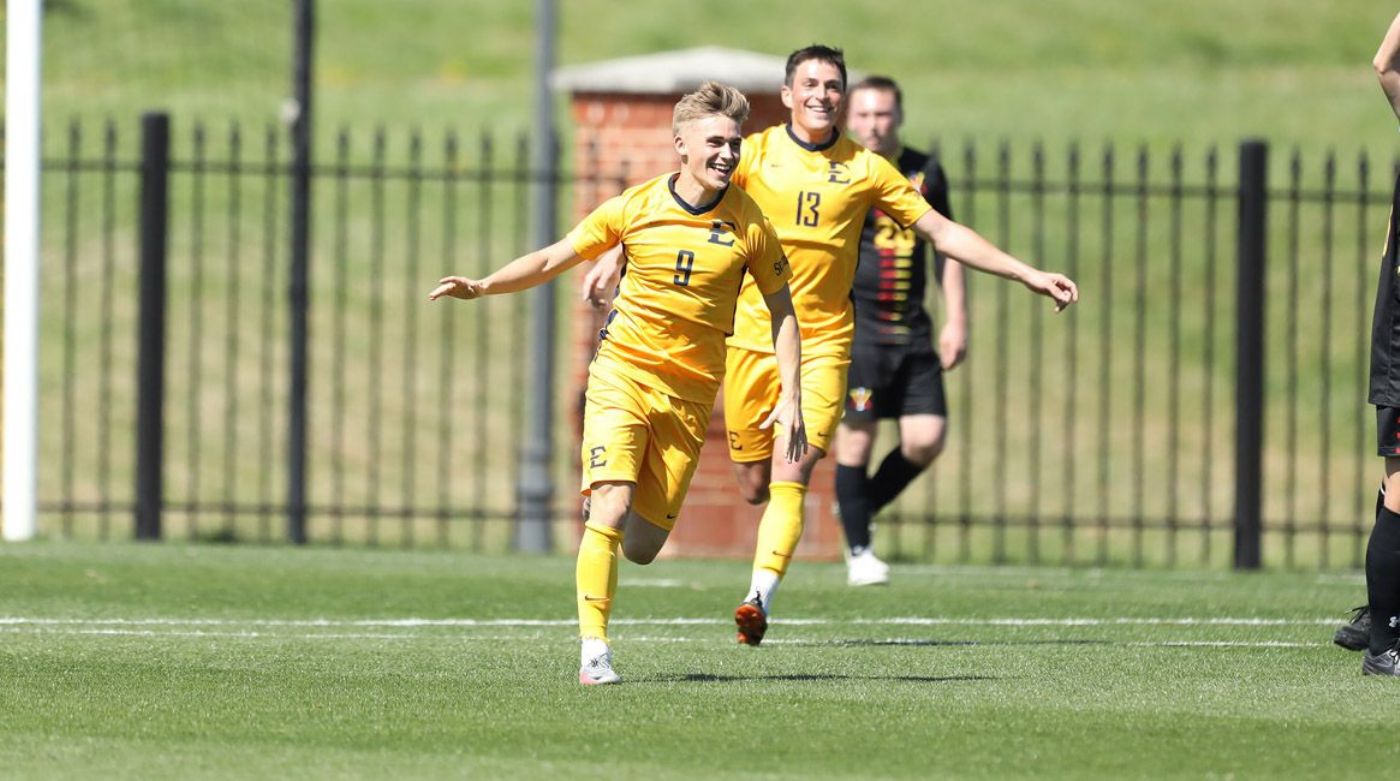 SPARTANBURG, S.C. (April 6, 2021) – The ETSU men’s soccer team grabbed its second player of the week nomination of the season as Tarik Pannholzer (Flensburg, Germany) was named the Southern Conference Offensive Player of the Week, the league office announced Tuesday afternoon.

The freshman entered his debut season as an immediate impact player, operating on the left wing and receiving a start in every contest of the regular season. The Blue and Gold were rewarded in the 7-0 win against VMI, where Pannholzer broke out for three goals and an assist to lead the Bucs to a program-setting record win against the Keydets.

Pannholzer’s hat trick proved to be just the second in Buccaneer program history, joining Fletcher Ekern as the only other Buc to do so in a 4-3 victory over UNCG in 2016. Pannholzer joined just one of 14 players on the season at the time to record a hat trick, his seven points tallied on the afternoon tying an NCAA-best on the 2020-21 campaign.

Pannholzer also logged five shots in the overtime draw against the Spartans on the weekend, combining for 13 shots on the week.

The freshman joins the rest of the Blue and Gold for a rematch against UNCG in the Southern Conference Tournament, meeting them in the semis just a week after wrapping up the regular season where the Bucs finished joint-second in the standings. The two teams meet in Greensboro, N.C. in a 6 p.m., Saturday evening showdown.