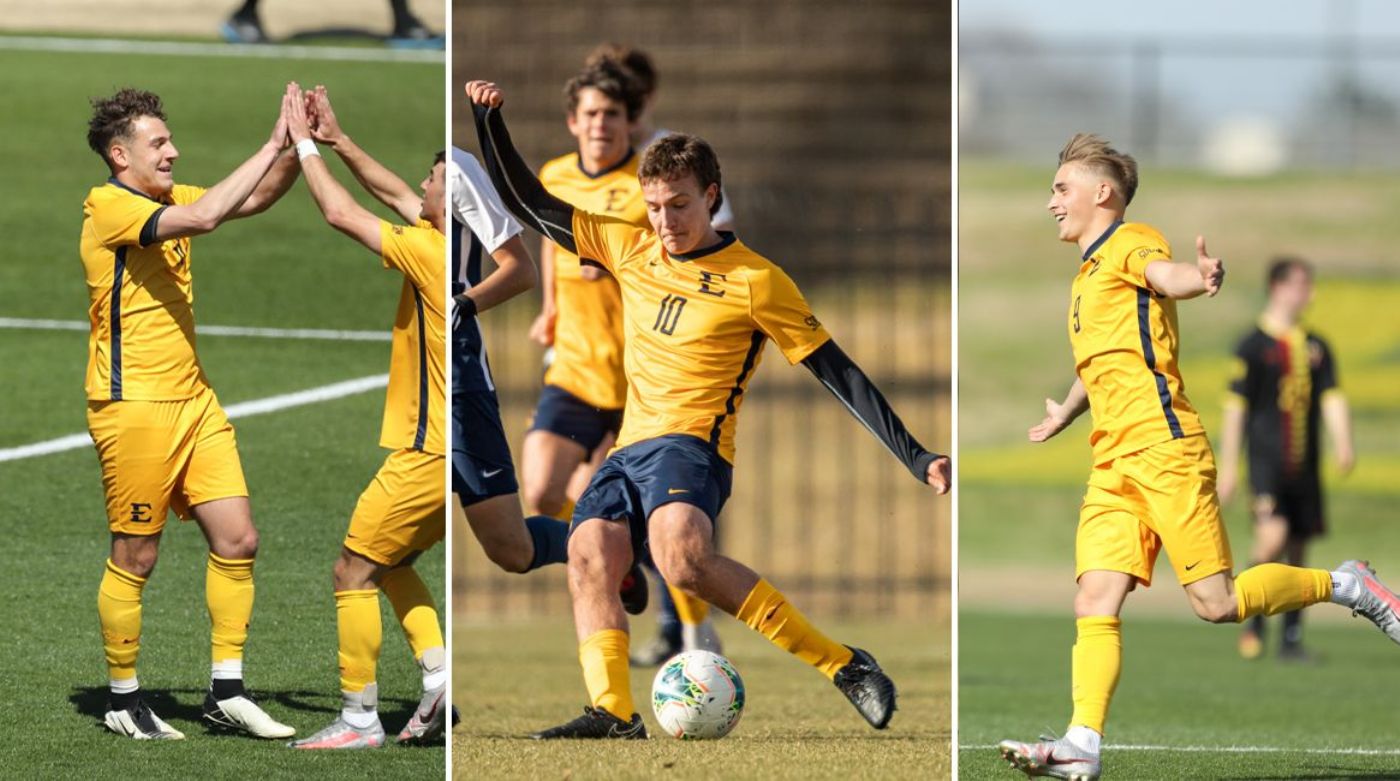 Bucs get two added to Second Team All-SoCon, two to the All-Freshman squad

For the second straight year, Kieran Richards (Hamilton, New Zealand) grabbed a Second Team All-SoCon selection, earning recognition in each of his two years in a Buccaneer uniform. The Preseason All-Conference selection finished with two assists on the campaign while playing an integral part in his attacking midfield role. The Kiwi midfielder has attempted 19 shots on the year, second most on the squad.

Jared Leheta (Montreal, Canada) caps off his first season in the Blue in Gold by being the only Buccaneer to make it on more than one team, adding a SoCon Second Team selection to his All-Freshman Team bid. The freshman etched his name into the record books, entering the weekend as the third all-time scorer in Buccaneer freshman history. The rookie trails just Richards and Hauk Andreas Fossen, who both collected six and eight goals respectively to top the charts amongst ETSU rookies. Leheta added two braces to his name against Wofford and VMI. His two goals against the Terriers were integral to an eventual 3-2 win at Spartanburg, while his first goal against the Keydets proved to be the winner in the 7-0 rout against VMI. Leheta’s 10 points ranks first on the team.

One of the most threatening pieces of the attack all season, Tarik Pannholzer (Flensburg, Germany) ended his season with a bang. The freshman collected Southern Conference Offensive Player of the Week honors after securing the second hat trick in program history in the 7-0 win against VMI, also adding an assist in the win. Pannholzer enters the postseason with 23 shots and 10 shots on target, both proving most on the Blue and Gold squad. Pannholzer ranks tied for second on the team in points, him and Lucas Lightner (Clarksville, Tenn.) both finishing the regular season with eight points.

The Bucs return to action for the Southern Conference semifinals, taking on the UNCG Spartans for the second consecutive time in just seven days. The two teams played to a 0-0 draw in Greensboro last Saturday, both sharing second place in the conference standings while ensuring a rematch for the opening round of the SoCon Tournament.