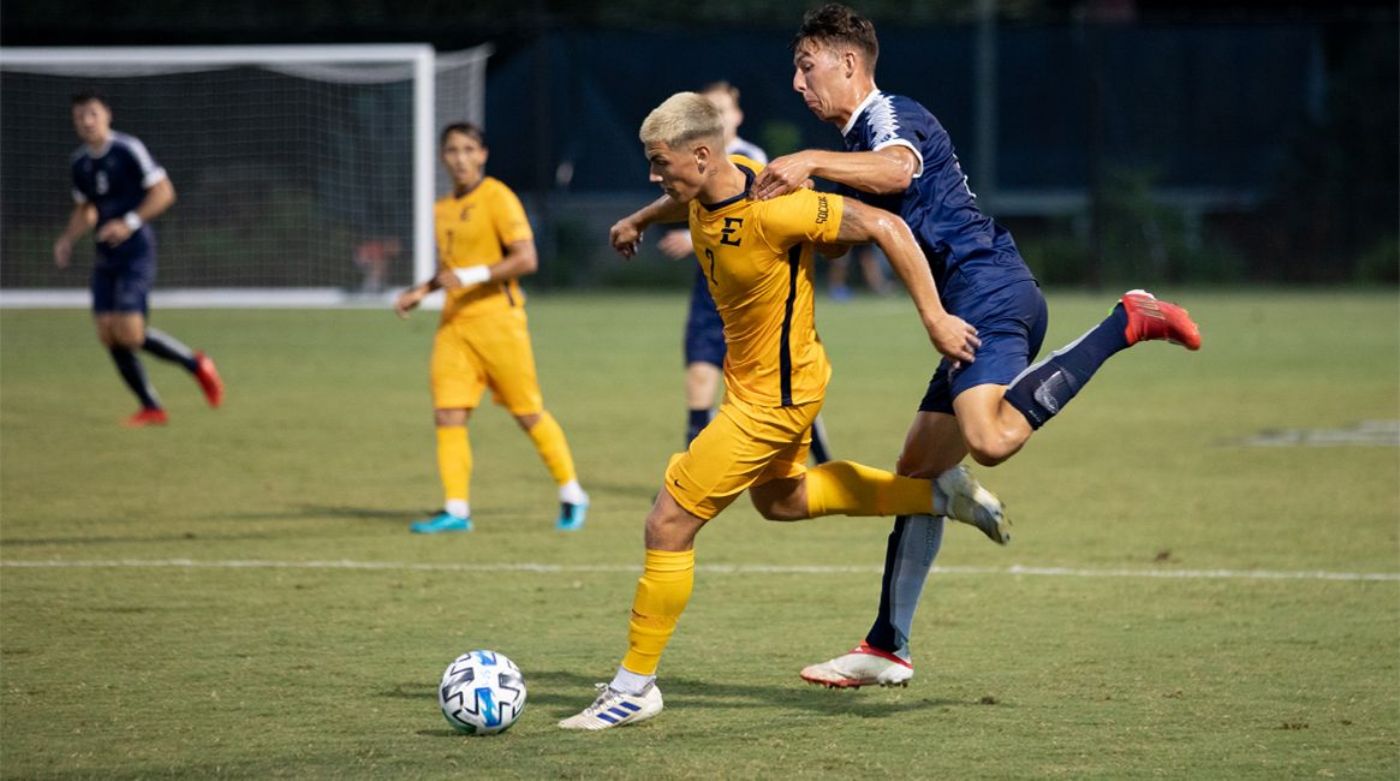 Men’s soccer takes on the Highlanders inside Summers-Taylor Stadium

JOHNSON CITY, Tenn. (Sept. 3, 2021) – Taking care of business in the road and season-opener a week ago, the Bucs look to start on the right foot inside their home stadium as they host the Radford Highlanders inside Summers-Taylor Stadium on Saturday evening.

The Bucs finally got over the hump of winning the first game of the season that has plagued them throughout the youthful program’s history. ETSU won for the first time when both their road and season-opener fell on the same night, previously 0-7-1 before the 1-0 win against the Lancers. The Bucs now look to shake off their home opener woes, having failed to garner a result in the first game at Summers-Taylor of a season since 2016.

The Bucs look to find their talisman on the season, marking three straight seasons that their top scorer is no longer on the roster. Making an early impression on that spot might be Tarik Pannholzer (Flensburg, Germany), the sophomore earning the winner for the Bucs on Friday to open his account on the season. Last season, the German needed nine games to get off the mark, one in which he recorded just the second hat trick in program history against VMI.

Looking for an injection of creativity in the attack, Carlos Portas (Barcelona, Spain) made his debut with the assist that set up the goal to seal the win, playing a flick over the top of the Lancer defense into the path of Pannholzer. Jack Perry (Kingsport, Tenn.) set the chance up from his role in the defensive midfield, also being credited with the first assist of his collegiate career.

Holding strong at the back, Dominic Foster (London, England) and Josh Hancock (Torbay, England) have been much involved in the recent success in the ETSU defense. With the result on Friday, the Bucs have now held shutouts in four of their last five matches dating back to last season. The win saw Josh Perryman (Sheffield, England) record his 20th win for the Blue and Gold while safekeeping the net, only the third Buccaneer to reach that feat. His 13 shutouts put him 10 shy of 2nd in program history.

Placed to finish seventh in the Big South Preseason Poll, the Highlanders look to silence any doubters as they grabbed a hot start to the season last Friday, putting nine past Division II side Concord in a 9-0 shutout win.

Eight different scorers got off the mark in the win over the Mountain Lions, led by Dorion Dixon’s two goals in just 24 minutes of action. Octavio Ocampo earned Big South Defensive Player of the Week honors, scoring the game-winner less than three minutes into the match while captaining the side in the shutout win. Trevor Kallendorf is slated to get the starting nod in match, registering all 90 minutes on the opening night.

Almost nothing separates the two sides, a 2-2-3 record being shared between the two teams. Even more impressively, each team has only scored five goals in the series. The Bucs have held the advantage in Johnson City, holding a 2-1-1 record in Summers-Taylor Stadium.