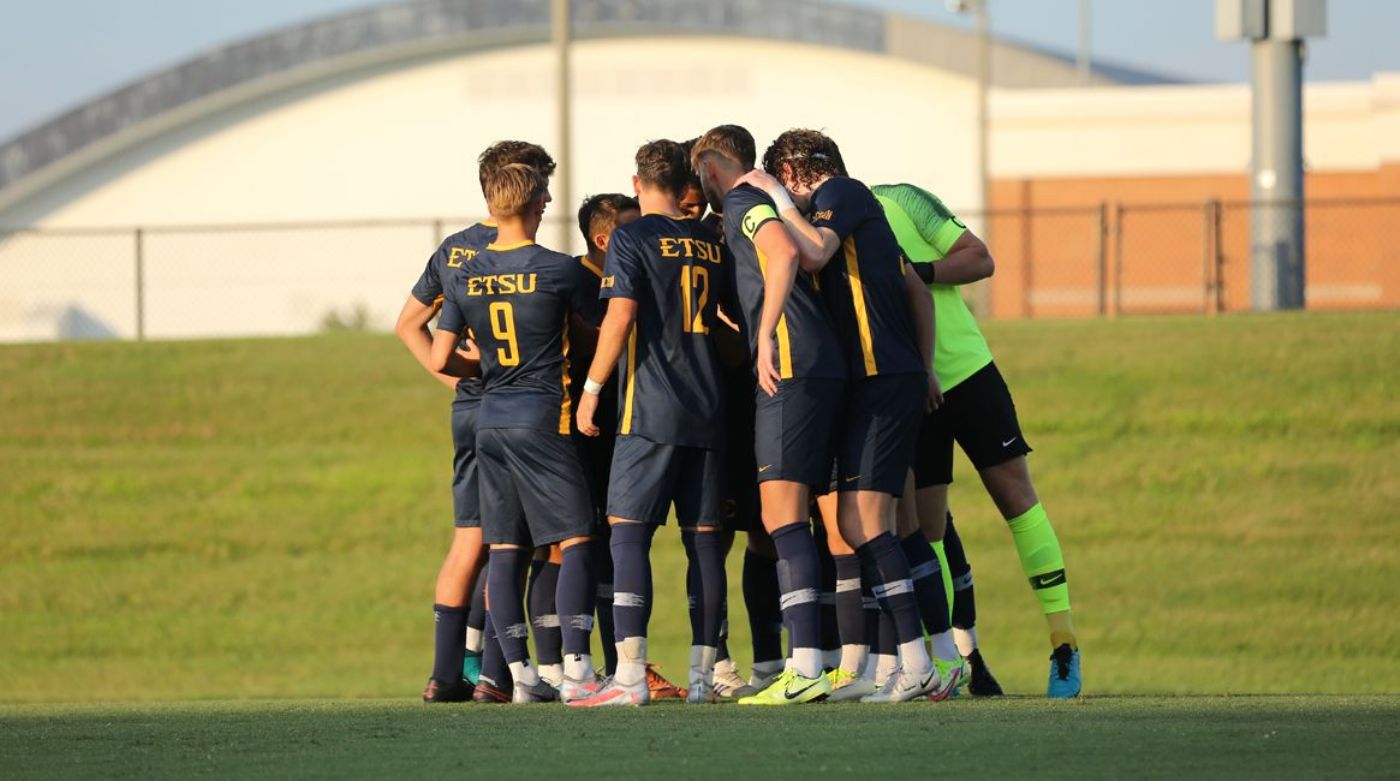 The ETSU men’s soccer team welcome the Herd into Summers-Taylor in a midweek matchup that will be the first time the program hosts a match against a team that is defending their title, as football’s home contest against Georgia Southern in 2001 the only other time the Blue and Gold faced that matchup.

No better time awaits the Bucs to take on the Herd, entering the matchup undefeated after the first two games. The Bucs sunk Big South sides Longwood and Radford in their first two matches, going 2-0 for the first time since 2014. ETSU won their first home opener since the 2016 win over George Mason. Both the wins in 2016 and 2021 were decided by a 4-2 score line.

It took only two games for the Bucs to get four different goal scorers on the board, only four different players recording a goal in their 11-game shortened season in the spring. Led by Tarik Pannholzer (Flensburg, Germany), the sophomore has made it two in two games to start the season to pace the Bucs in scoring after tallying three in his rookie season a year ago.

Three different members of the squad grabbed their first collegiate goals in the 4-2 win over Longwood. Gabriel Ramos (Sao Paulo, Brazil) opened his account just over 25 minutes into the contest on a simple tap in after a Kieran Richards (Hamilton, New Zealand) shot was parried from the Highlander goalkeeper into the path of the Brazilian. Jack Perry (Kingsport, Tenn.) grabbed his third point of his season and career, following his first assist in the win against Longwood with a curling effort of his own that found the back of the net against Radford. Cameron Carroll (Clarksville, Tenn.) calmed the nerves at Summers-Taylor with his first of his career after the Highlanders mounted a comeback to close the gap within a 3-2 score, firing home in the 84th minute to seal the win.

Josh Perryman (Sheffield, England) continues to climb up the win column, earning his 21st tally in the Buccaneer net. The Englishman stands just nine wins off the pace to claim a tie at the top of the program with Ryan Coulter (2011-13).

Ranked as the top team in the country prior to the start of the season, the seventh-ranked Herd have faced a daunting schedule to begin their 2021 campaign. Marshall opened their season thrashing #21 James Madison by a 6-1 tally only to turn around three days later to face #15 Virginia Tech. The Cavaliers, who meet the Bucs later in the season, fought from an 0-2 deficit to score the final three goals, a 73rd minute penalty deciding the contest in favor of the ACC program. The Herd grinded out a two-overtime 3-3 draw against a Coastal Carolina team receiving votes in the polls, having conceded their lead twice with a 78th minute equalizer giving the Chanticleers an eventual draw in the match.

Vitor Dias and Vinicius Fernandes lead the way for the Herd in the attack, each scoring three goals and combining for five assists between the two. Six different goal scorers have tallied the 11 goals in their first three games. The Herd score on nearly 33% of their shots and almost half of their shots on target result in hitting the back of the net. A physical side, Marshall has already accumulated 13 yellow cards on the season compared while having one straight red card. Oliver Semmle has been called upon as the Herd shot stopper, making 13 saves. The senior holds a .650 save percentage and a 2.17 GAA on the season.

ETSU holds a 3-2 advantage over the Herd in the two teams’ history, winning the first three battles of the matchup. The Bucs have dropped the last two matches in as many seasons to the meteorically rising Marshall program but have been a flawless 2-0 inside Summers-Taylor.