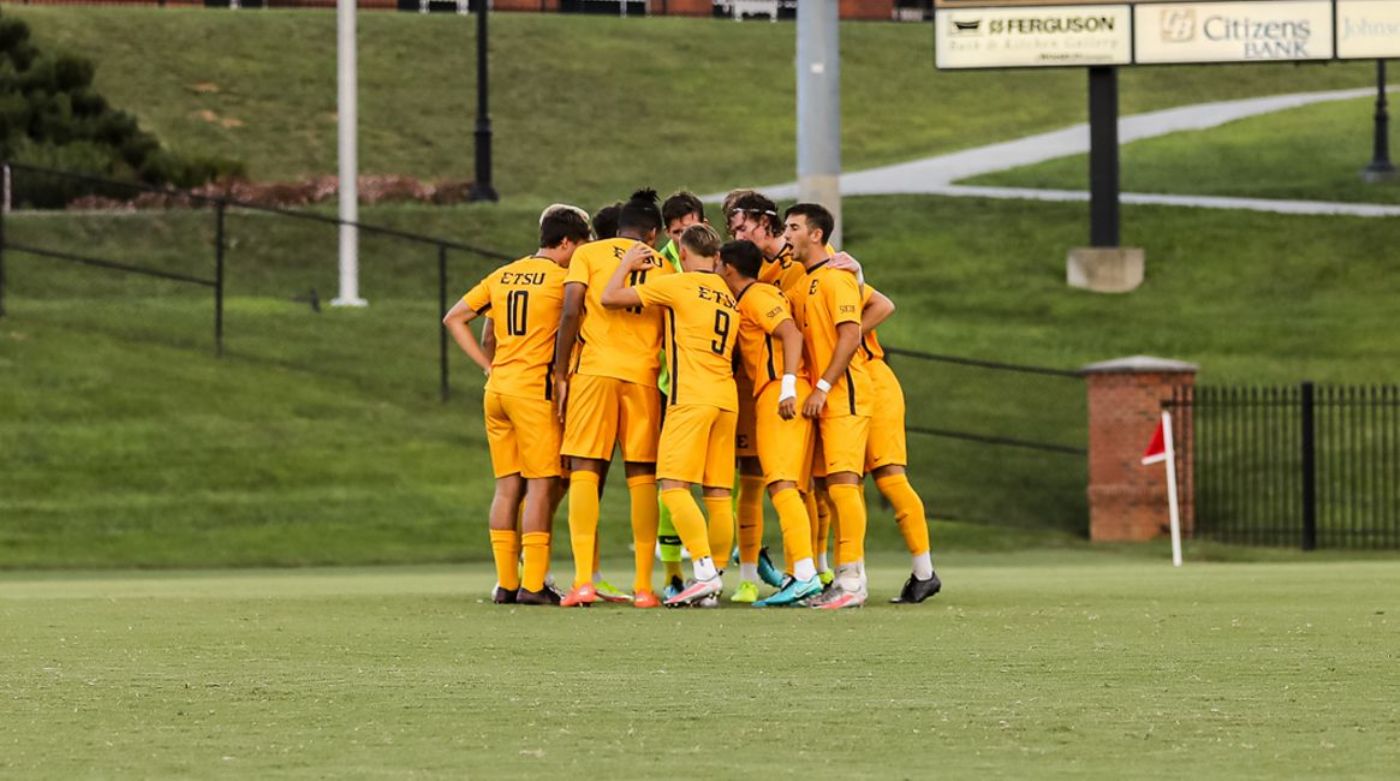 JOHNSON CITY, Tenn. (Sept. 9, 2021) – The ETSU men’s soccer team doesn’t have to wait long to shake off their first loss of the season as the Blue and Gold take on #21 Lipscomb inside Summers-Taylor on Friday evening.

Coming off the back of an unfavorable 4-1 result against reigning national champions and tenth ranked Marshall, the Bucs look to return to winning ways against their in-state foe. Coach David Casper looked forward to the challenge, encouraged by the way his side battle despite the loss to the Herd.

“I thought our attitude and effort was great, especially in the second half,” said Casper. “I’m pleased with that at the end of the day, I know the guys will be up for it and ready [for the match against Lipsomb] and we will get after it again.”

For the first time this season, Tarik Pannholzer (Flensburg, Germany) was kept out of the back of the net in the Marshall game. The sophomore leads the squad with two goals and an assist on the season, proving to be a focal point in the Buccaneer attack. Kieran Richards (Hamilton, New Zealand) got off the mark for his first of the season, finding the netting for the first time since the last game of the 2019 regular season as the midfielder closed the gap to 2-1 briefly against The Herd.

Carlos Portas (Barcelona, Spain) returned to the pitch in the defeat, picking up his second assist in as many games with a crafty ball that cut through the Marshall defense and perfectly found the feet of Richards. With three first-time goal scorers netting against Radford just under a week ago, the Bucs already have five different scorers on the squad. The Blue and Gold recorded just four different scorers in the spring season, already showing a healthier balance in the attack.

The Bisons come off a 4-1 victory over Evansville on Monday night, capping off a four-game win streak to start the season for Lipscomb as they entered the top 25 rankings at #21 overall in the country. After the Aces opened the scoring, Lipscomb grabbed four-straight off the back of a Tyrese Spicer hat trick, earning ASUN Player of the Week nominations.

As a team Lipscomb is averaging three goals per game and 16.5 shots per contest, allowing just .75 goals per game and only conceded 8.3 shots. Spicer leads the squad with four goals and two assists, his 10 points ranking second in the nation and first in the conference. Killian Byrne also joined his strike partner in earning recognition, landing on the College Soccer News National Team of the Week after his brace helped the Bisons overcome a 1-0 deficit against Memphis for a 2-1 win. Three different Lipscomb players pace the team with two assists, while Michael Sibley has claimed the net as his own, starting all four matches in goal.

The matchup between the Bison and the Bucs has been historically one that favored the side from Johnson City. The Bucs have a 7-4-1 advantage over Lipscomb, but the Nashville side has taken the last two games from the Blue and Gold in the last two seasons. ETSU holds a 5-2-1 advantage at home and will look to remove the 3-0 loss at home in 2019 from recent memory.