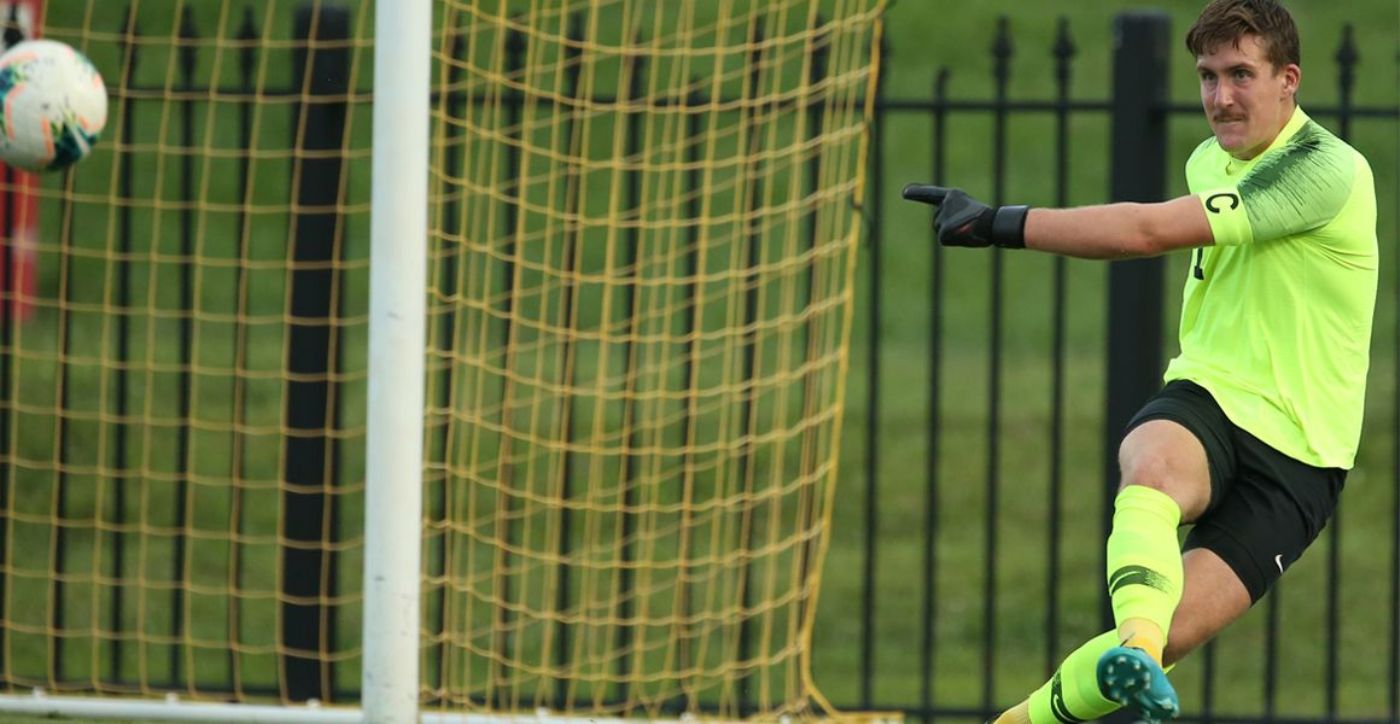 NASHVILLE, Tenn. (Sept. 18, 2021) – It was the start of a new season on Saturday night in Nashville, as the ETSU men’s soccer team opened Southern Conference play at Belmont. Unfortunately, the Blue and Gold didn’t get the result they wanted as the Bucs dropped a 1-0 decision to the Bruins from E.S. Rose Park.

Josh Perryman (Sheffield, England) suffered the loss as his mark moved to 2-3-1, while Belmont’s Drew Romig registered his third shutout, moving his record to 4-2-0.

Both teams were held scoreless for the first 70-plus minutes, but the Bruins broke the stalemate when a pair of Belmont players assisted on AJ Chastonay’s second goal of the season. Teammates Jack Shaw and Esteban Lestido provided the passing on the play where Chastonay sent it to the upper right-hand corner of the goal.

The Bucs out-shot Belmont, 11-8, along with doubling up the Bruins in the opening 45 minutes, 8-4. ETSU recorded the first two shots of the game in the opening five minutes, while Perryman came up big with three saves over a 1-minute, 45-second stretch from the 11:08 mark to 12:53.

Aidan O’Brien (Asheville, N.C.) made Romig collect his first save of the night when his shot to the lower left corner was corralled in the 25th minute, while Carlos Portas (Barcelona, Spain), Kieran Richards (Hamilton, New Zealand) and Tarik Pannholzer (Flensburg, Germany) all tested the Belmont keeper later in the frame.

In the second half, all three of ETSU’s shots were on goal but none found the back of the net. Pannholzer accounted for two of the shots – the first coming in the 60th minute – and his final coming in the closing seconds.

Pannholzer led the Blue and Gold with three shots and Chastonay totaled a game-high four for Belmont.

Four of the Bucs’ six corner kicks came in the first half.