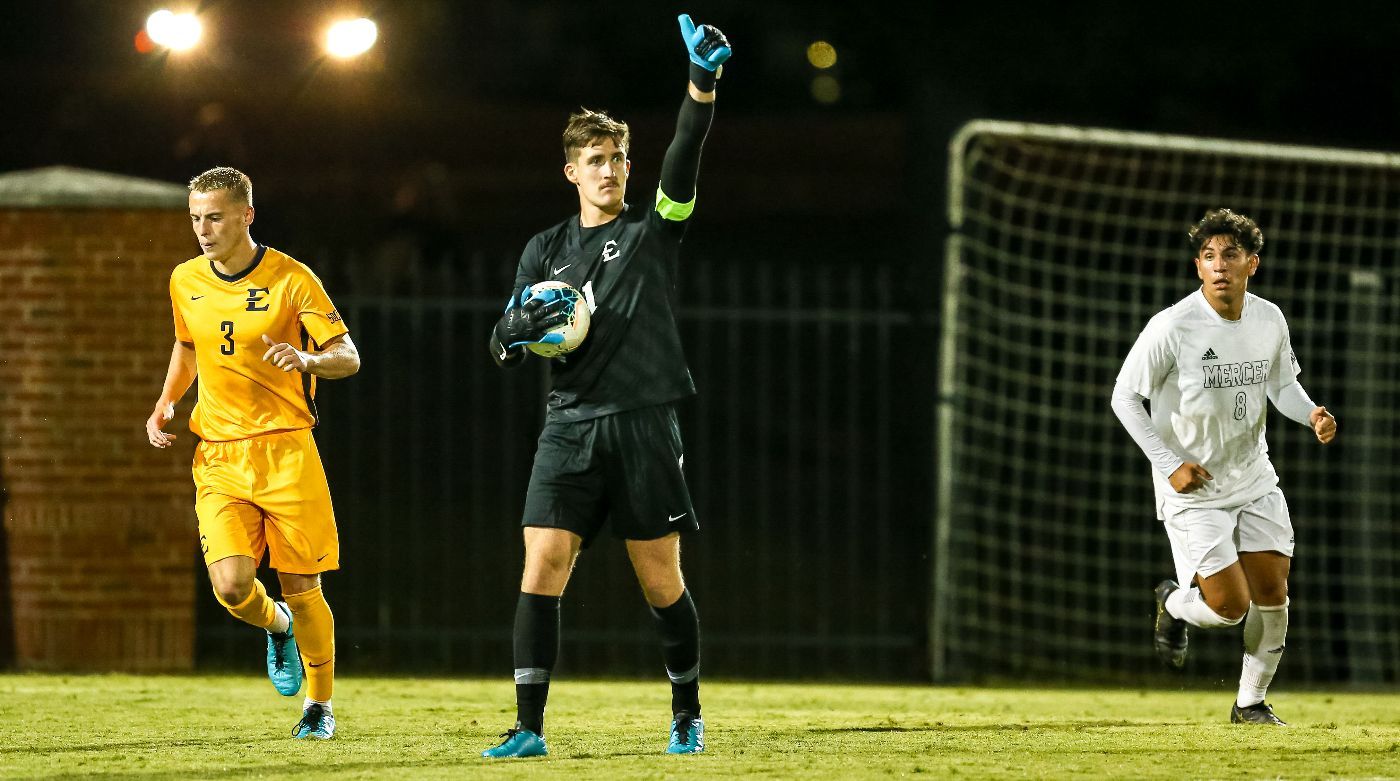 ETSU settles for draw despite owning the flow

JOHNSON CITY, Tenn. (Sept. 25, 2021) – The ETSU Men’s Soccer team clawed tooth and nail in search of the elusive game-winning goal in Saturday night’s Southern Conference bout with Mercer at Summers-Taylor Stadium. The two foes had to settle for the 0-0 draw, each earning one point in the standings.

Josh Perryman (Sheffield, England) was the man in between the posts for the Bucs tonight, improving his record to 2-3-2 on the season after collecting two saves in the draw.

MATCH SUMMARY
The tone was set early by the Bucs when Tarik Pannholzer (Flensburg, Germany) laced a shot that drilled the crossbar in the 3rd minute, indicative of how the match would go for the Blue & Gold. ETSU controlled the tempo for the majority of the opening half, outshooting the visiting Bears 5-2.

The script did not change in the second half as the Bucs continued to pepper the ball, racking up 11 shots compared to just three for Mercer. The Bucs forced Trevor McMullin to make a trio of saves to keep the Bucs off the scoreboard, including a rifle by Gabriel Ramos (Sao Paulo, Brazil) in the 57th minute of action.

The Bears’ best chance for the game-winning goal came in the 68th minute when Michael Ille ripped a shot from 25 yards out that found its way past Perryman, drilling the right post to deny the advantage.

Needing 20 extra minutes to determine a winner, the two squads duked it out in overtime with the Bucs continuing to be the aggressor, outshooting the visiting squad 4-2 in the combined periods. Pannholzer had a couple of looks in the 96th and 97th minute that were turned away, similar to Mercer’s chance for the golden goal in the 93rd minute when Perryman saved the draw against Kadeem Agard.

UP NEXT
The Bucs will look to jump back in the win column on Tuesday when they travel to Blacksburg, Va. for a 7 p.m. showdown against Virginia Tech.