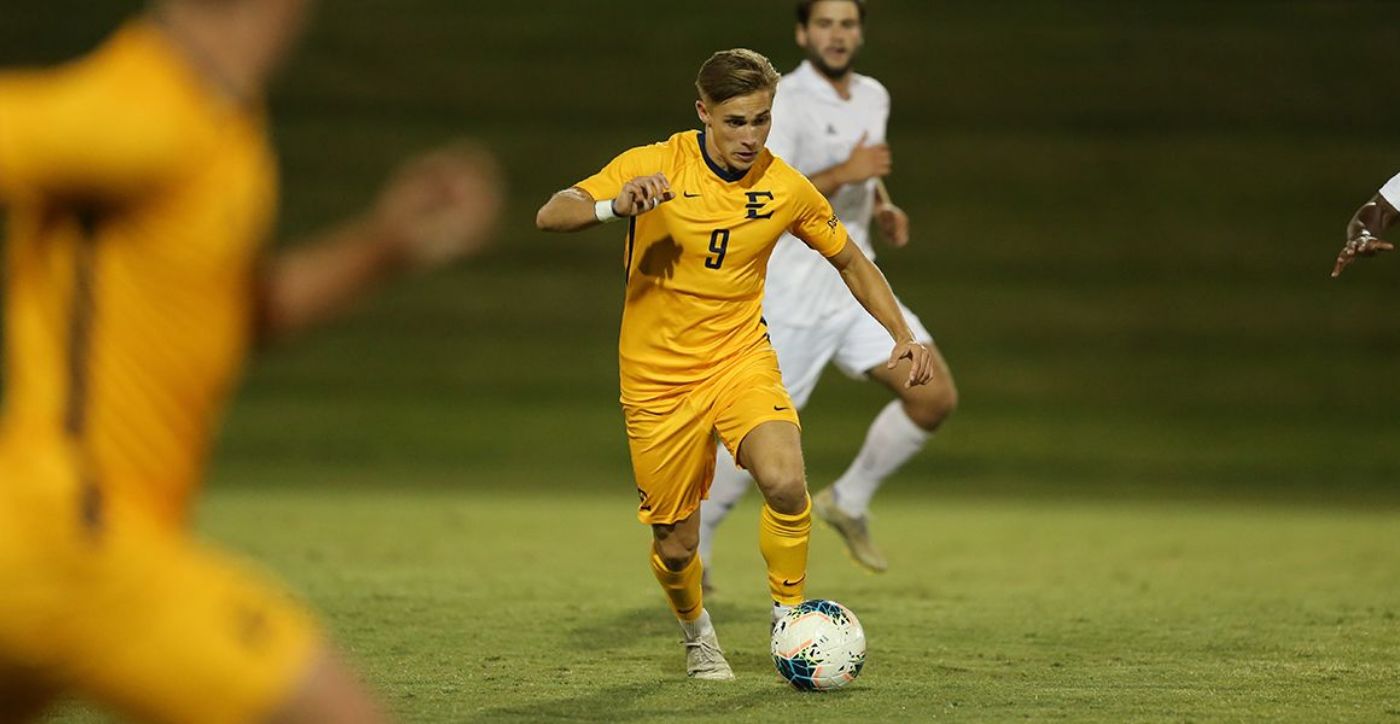 BLACKSBURG, Va. (Sept. 28, 2021) –  Squaring off against their fourth nationally ranked opponent of the season, the ETSU men’s soccer team gave up a pair of goals second-half as the Buccaneers fell to No. 11 Virginia Tech 2-0 Tuesday night at Thompson Field.

It was a slow start for both teams as the first shot on target did not come until the 13th minute by Hokies Jacob Labovitz. The shot was straight at Perryman, who was able to make his first save of the match.

The Buccaneers started to find their rhythm in the 30th minute when Carlos Portas (Barcelona, Spain) recorded the first shot for the Bucs.

Just three minutes later when a handball was called right outside the box, Tarik Pannholzer (Flensburg, Germany) stepped up to take the free kick and aimed for the top right corner of goal. The shot was saved by Ben Martino for his first of the night.

Portas attempted his second shot in the closing minutes of the first half and forced Martino to make an impressive save, keeping it scoreless heading into the break.

Despite three shots and heavy pressure early in the second half by the Bucs, the Hokies opened the scoring as they found the back of the net twice within the opening 20 minutes of stanza.

Pannholzer, the Bucs’ leading scorer, took a shot off a free kick in the 69th minute, but sent the shot high. ETSU’s final scoring opportunity of the night came by way of a shot from Rayhan Carlson Du-Toit (Auckland, New Zealand), who sent the shot away from the Hokie keeper and was off target.

Dominic Foster (London, England) was issued a red card in the 76th minute, forcing the Buccaneers to play a man down for the remainder of the game.

The Bucs return home to Summers-Taylor Stadium on Saturday in a conference showdown against Wofford. Kickoff is slated for 8 p.m.