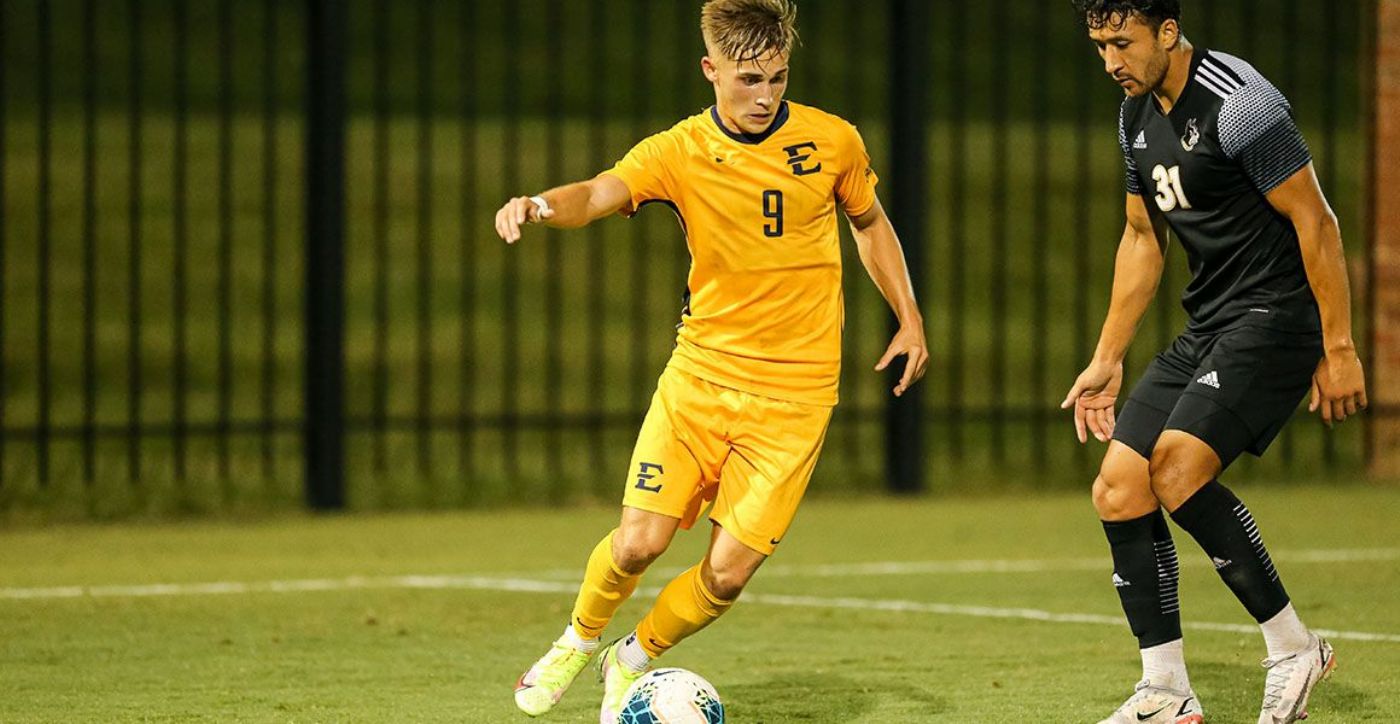 The Buccaneer sophomore forward scored two of ETSU’s three first-half goals to lead the Blue and Gold to a 3-1 road win at Northern Kentucky on Tuesday afternoon from the NKU Soccer Complex.

Pannholzer, who was named Southern Conference Player of the Week prior to the game, posted his second straight brace on Tuesday, moving his season goals total to nine. Overall, the Buccaneer leader has scored nine of ETSU’s 16 goals this season.

Josh Perryman (Sheffield, England) made his ninth start in goal on Tuesday and improved to 3-4-3 after collecting five saves.

The Bucs scored the first two goals of the game in the opening 17 minutes to go up, 2-0. Freshman Rayhan Carlson-Du Toit (Auckland, New Zealand) registered his first collegiate goal when Gabriel Ramos (Sao Paulo, Brazil) sent a perfect cross across the box and assisted on the header in the 13th minute.

Four minutes later, Ramos connected on the second goal as his cross to Pannholzer again resulted in a header, putting the Bucs ahead, 2-0.

After making three saves in the opening 30-plus minutes to keep the Norse off the board, NKU scored its lone goal in the 35th minute to cut the deficit in half thanks to Jesse Randall’s team-leading seventh score of the campaign.

However, Perryman silenced the Norse for the remainder of the game and Pannholzer struck for his second goal of the afternoon in the final minute of the first half, pushing ETSU’s advantage back to two, 3-1.

The teams accounted for nine shots in the second half, three on goal by the Bucs, but after some fireworks in the opening 45 minutes, neither squad found the back of the net in the final stanza.

Eleven of ETSU’s 16 shots came in the first half, while the Bucs limited NKU to four second-half shots after allowing 10 in the opening 45.

Both teams were whistled for nine fouls and ETSU was plus-1 in corner kicks, 6-5.

With this second consecutive brace, Pannholzer now has nine goals this season, placing him into a tie for fourth-place among Buccaneer single-season goal leaders … The Buccaneer sophomore is two goals behind the single-season record with five guaranteed games left on the slate … In addition, Pannholzer moved among the top-10 single-season leaders in points as his 19 are tied for seventh.

Rayhan Carlson-Du Toit finished with three points as he recorded his first career goal and second assist on Pannholzer second score of the contest.

Following his five-save performance, Josh Perryman moved his career total to 191, which is 13 shy of tying Jonny Sutherland’s (2015-17) program record of 204.

Nine different Bucs accounted for their 16 shots, with Pannholzer pacing the group with five … Kieran Richards (Hamilton, New Zealand) tallied three with one coming on goal in 70 minutes of play.

With his two assists on Tuesday, Gabriel Ramos has now assisted on five of ETSU’s goals this season.

The Bucs will now have a week off between gams as ETSU heads to Atlanta next Tuesday to take on Georgia State … Kickoff is set for 7 p.m.