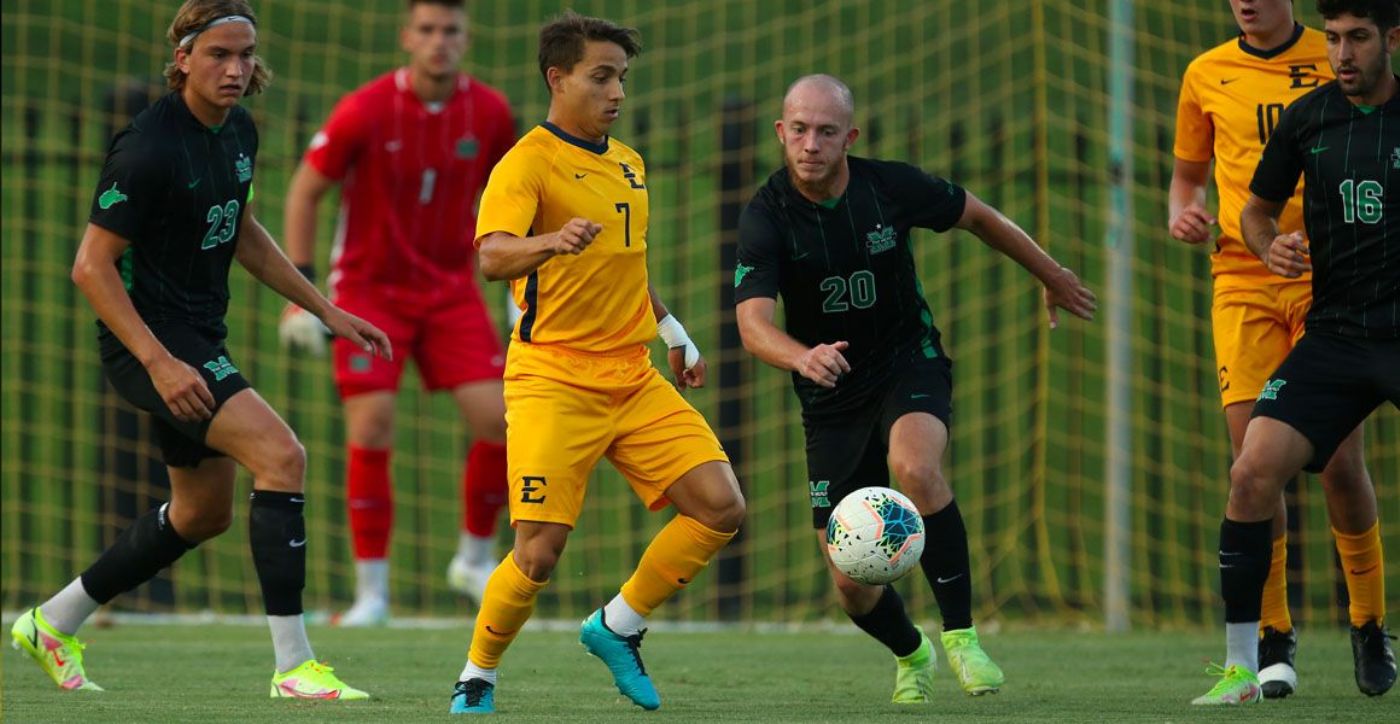 Penalty kick comes back to haunt Bucs in Atlanta

After falling behind 1-0, 15 minutes into the contest, the Bucs evened things up 20 minutes later on Gabriel Ramos’ (Sao Paulo, Brazil) second goal of the season. Unfortunately, ETSU’s physicality came back to haunt the Blue and Gold when Dominic Foster (London, England) committed a foul in the box, setting up a penalty kick for George Proctor in the 40th minute. Proctor stepped up and fired in the eventual game-winning goal, putting the Panthers up, 2-1.

The Bucs, who were out-shot 7-2 in the opening 45 minutes, posted six second-half shots; however, none were on target. Georgia State out-shot the Blue and Gold, 12-8, while Josh Perryman (Sheffield, England) made five saves, moving his career total to 196. Georgia State’s Gunther Rankenburg was only tested twice as he made one stop and allowed his 15th goal of the campaign on the strike by Ramos.

The game saw a total of 33 fouls with ETSU being called for 19, along with collecting the lone yellow card of the match.

The Bucs return to Southern Conference play Saturday afternoon when ETSU heads to Lexington, Va., to face VMI at 3 p.m.