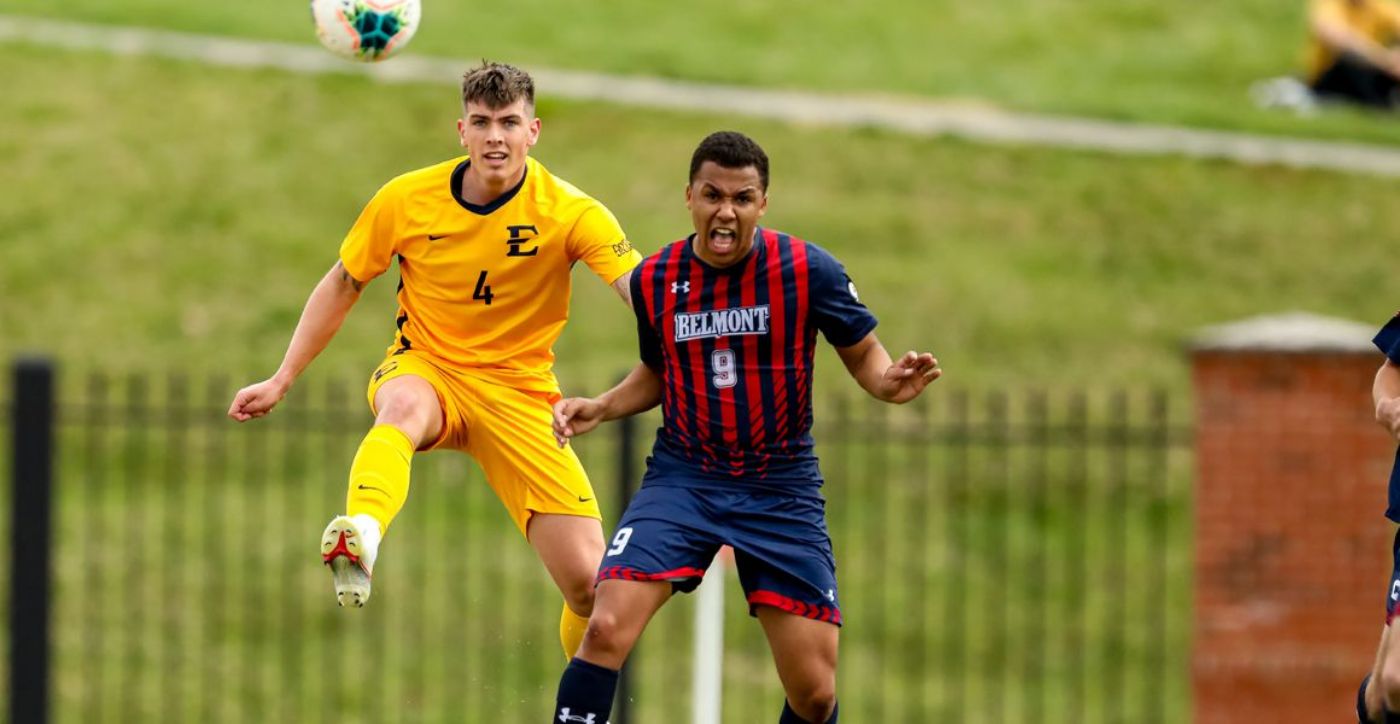 ETSU controlled the tempo early on and found the back of the net in the 16th minute when Rayhan Carlson-Du Toit (Auckland, New Zealand) connected on a header for his second goal of the season. Carlson-Du Toit provided the Bucs with the early lead, leaping up in the air to head the ball to the right corner, away from the outstretched arms of Broden Schull.

ETSU carried the one-goal lead into the locker room, outshooting the Keydets by the tally of 10-8. The Bucs added to that lead in the 50th minute when Tarik Pannholzer (Flensburg, Germany) registered his 10th goal of the season following a penalty kick. Pannholzer’s goal moved him to one goal shy of tying the single season record in program history.

ETSU added a cherry on top in the 84th minute when Tyson Williams (Cookeville, Tenn.) connected on his first collegiate goal. Pannholzer took the ball inside the 18-yard box and chipped a pass to Williams in front of the goal. Williams headed the ball back in the direction it came, burying the third ETSU goal of the game in the left corner of the net.

Josh Perryman (Sheffield, England) delivered his third shutout of the season, collecting three saves along the way. Perryman is now just one save shy of 200 career goals.

UP NEXT
ETSU will head to Greenville, S.C. on Saturday, Oct. 23 as the Bucs will take on Furman at 7 p.m. in the final SoCon road contest.