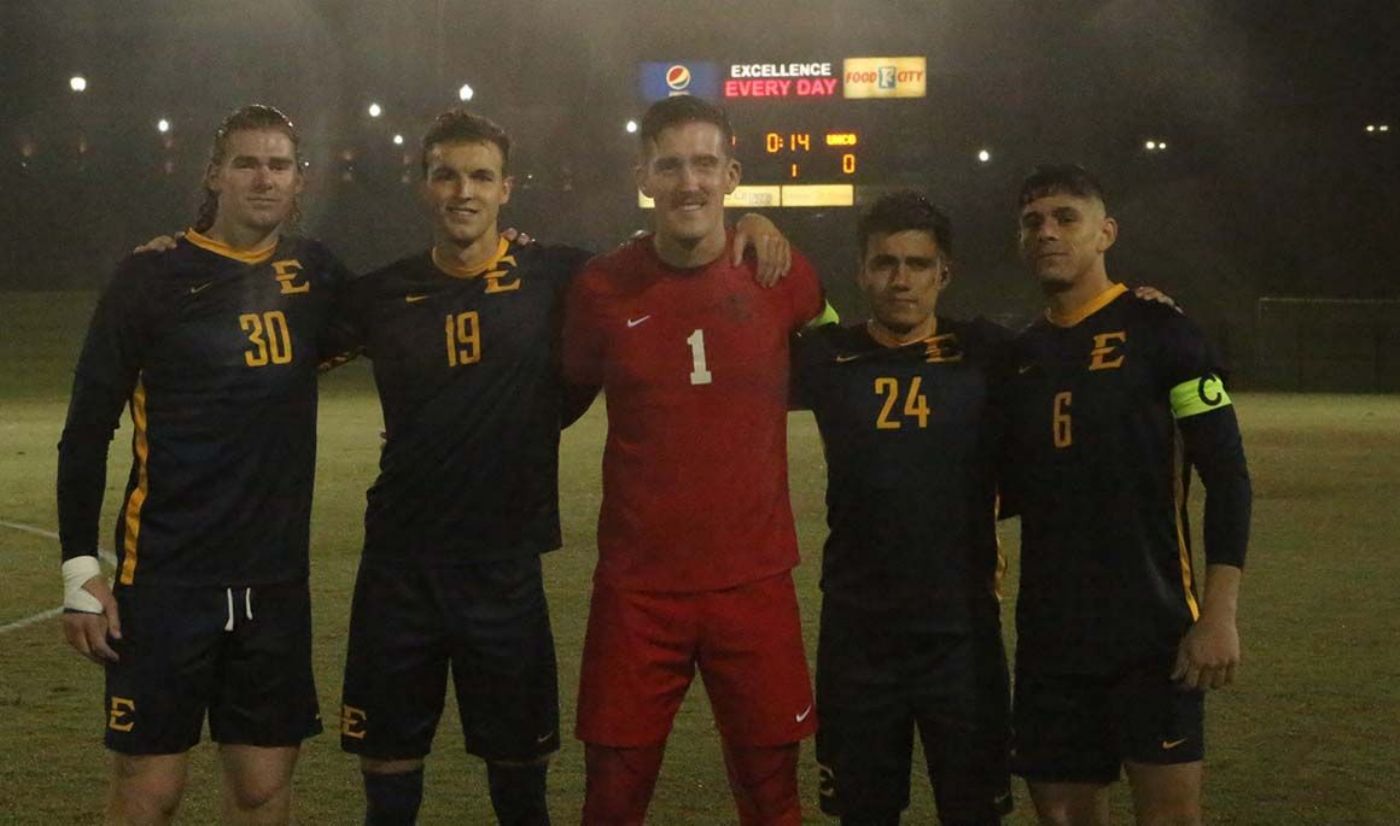 JOHNSON CITY, Tenn. (Oct. 30, 2021) – The regular season for the ETSU Men’s Soccer squad concluded with a tough shutout at home as UNCG toppled ETSU, 2-0. The Spartans played spoiler to the Bucs’ Senior Night as ETSU honored five seniors prior to Saturday night’s contest at Summers-Taylor Stadium.

RECORDS
The Bucs conclude the regular season with a 4-7-3 overall mark, including 1-3-2 in league play following Saturday’s home loss. The Spartans improved to 13-3-1 overall and 5-1-0 in SoCon action, securing the regular-season league title and the number one seed in the upcoming SoCon Tournament.

MATCH SUMMARY
The Bucs hung tough with UNCG in the first half as both teams were held scoreless through 45 minutes of play. The Spartans outshot ETSU, 6-3, but it was Perryman who stole the show. The senior keeper notched two of his three saves in the first half, including a critical denial in what appeared to be the game’s first goal. UNCG’s Joseph Skinner received the ball behind the ETSU defense and attempted to chip Perryman for the first strike of the game. However, Perryman had other intentions as he laid out and made a tremendous save to keep the Spartans off the board early.

That was all she wrote for the Bucs as ETSU could not answer, despite Gabriel Ramos (Sao Paolo, Brazil) testing Niclas Wild in the 80th minute.

INSIDE THE NUMBERS
Shots were fairly even against the top-seeded Spartans as UNCG held a narrow 12-9 advantage in the shot count. The Bucs forced Wild to make four saves in the contest, proving to go down without a fight.

Corner kicks were 5-3 in favor of the Blue & Gold, while fouls were even at 11 apiece.

UP NEXT
The Bucs will await their seeding in the upcoming 2021 Southern Conference Championship.