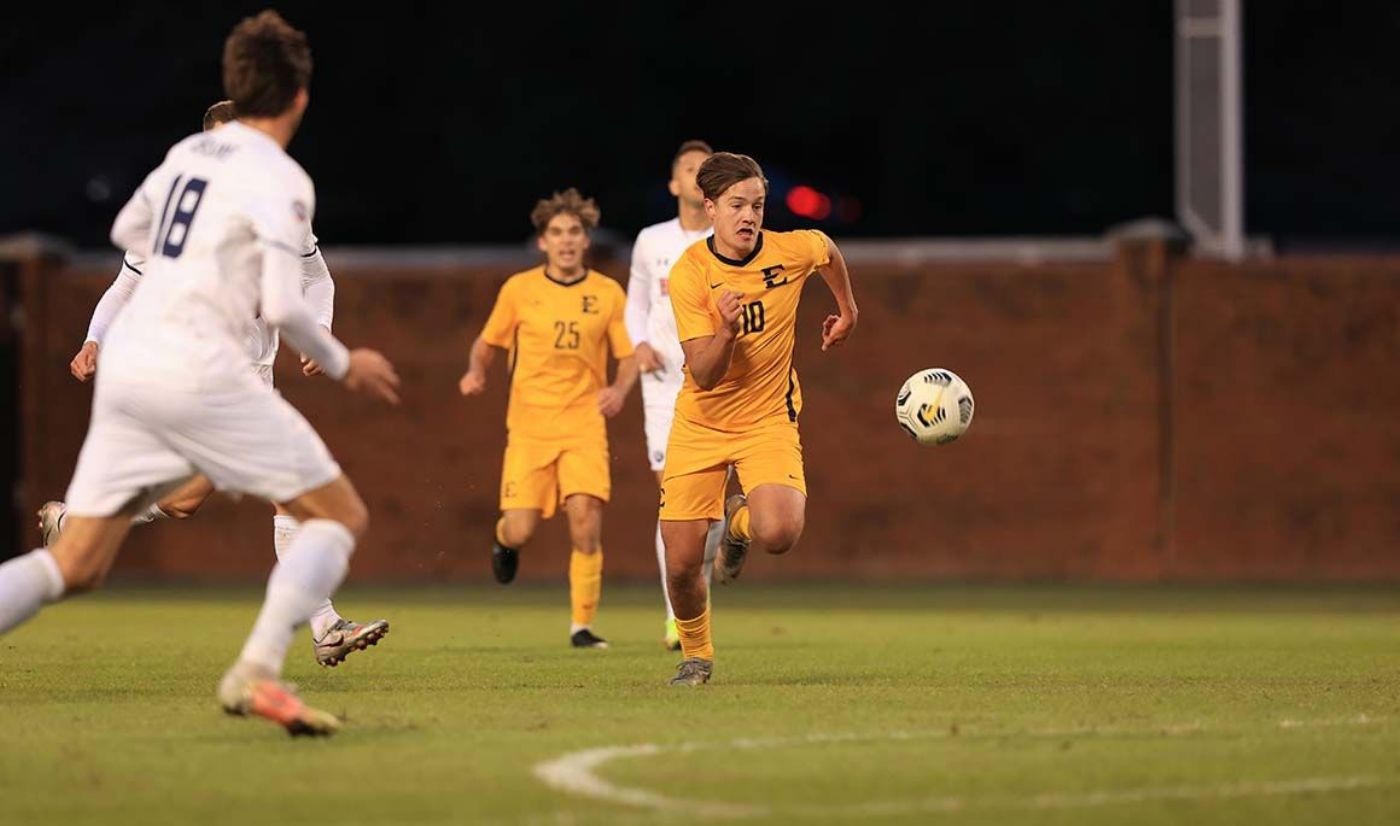 GREENSBORO, N.C. (Nov. 5, 2021) – The ETSU Men’s Soccer season came to a conclusion on Friday night in Greensboro, N.C. as ETSU fell to 4th-seed Belmont by the final score of 1-0 at the UNCG Soccer Complex.

RECORDS
The Bucs conclude their season with a 4-8-3 overall record, while Belmont improves to 12-4-1 and will advance to play against No. 1 seed UNCG in the semifinals on Sunday.

MATCH SUMMARY
The Bruins cracked the scoreboard in the 19th minute with their second shot of the game as AJ Chastonay found the back of the net, assisted by Niccolo Dagnoni. The two squads traded a pair of shots the rest of the half but ETSU could not find the back of the net.

The Bucs came out firing in the second half, looking for the equalizer. ETSU outshot Belmont 9-5 in the second half in search of the game-tying goal. The Bucs had strong chances in the 74th minute when Kieran Richards’ (Hamilton, New Zealand) was turned away and then in the 78th minute when Aidan O’Brien’s (Asheville, N.C.) attempt was stoned. O’Brien had another chance on a corner kick when he rifled a shot beyond the outstretched arms of Drew Romig. However, the shot sailed harmlessly wide, keeping the advantage at 1-0 in favor of Belmont.

The Bruins looked to put the game away for good in the 86th minute, however the all-time leader in career saves had other plans. Josh Perryman (Sheffield, England) turned away the Belmont shot, keeping it a one-goal deficit.

The Bucs were unable to put another shot on goal in the final four minutes, suffering the 1-0 defeat in the quarterfinals.