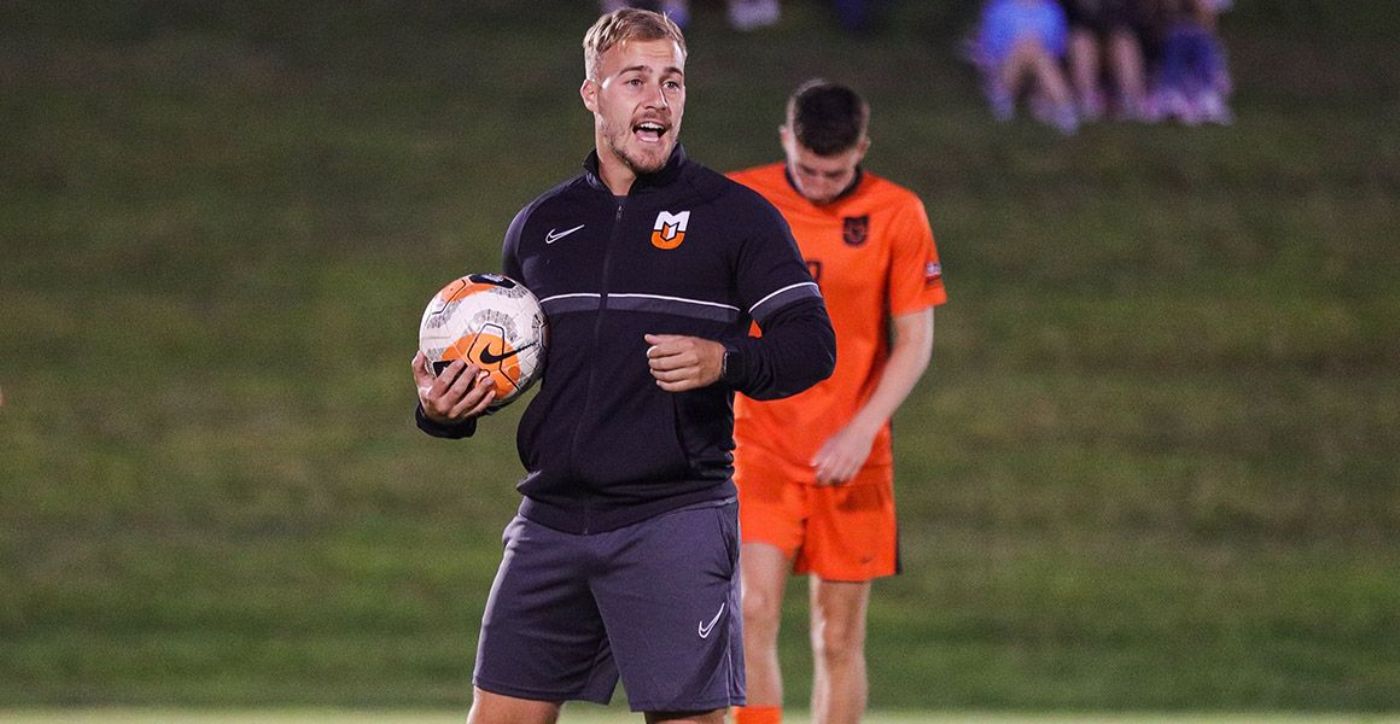 Findlay comes to ETSU after a four-year stint at Milligan

“I am immensely grateful to be given the opportunity to become the assistant men's soccer coach at ETSU and continue working alongside an incredible leader in David Lilly,” said Findlay. “This fantastic program has a legacy of success and I am extremely excited to start working with the team as we aim to continue building upon this.”

Findlay spent the last four seasons as Lilly’s assistant coach at Milligan where the Buffs posted an overall record of 42-26-3, while making back-to-back appearances in the NAIA National Tournament. Over the last two years at Milligan, the Buffs went 27-6-1 and 20-3 in the Appalachian Athletic Conference, where Findlay helped direct a run to the 2020 regular season championship. In 2020, Milligan finished 12-3 overall and was ranked No. 22 in the final Top 25 Poll.

“I’m very excited to have Kyle join our staff here at ETSU. Kyle is a tremendous coach,” said Lilly. “His work ethic and personality will help create an excellent environment for our student-athletes to grow on and off the field.”

Findlay has also spent time serving as the assistant coach for the Tri-Cities Otters (in USL League Two) and the head coach of the Otters’ USL Academy squad.

Before arriving in the Tri-Cities, Findlay held both head and assistant coaching spots with clubs and organizations across three continents. Findlay worked as a program manager and coach for the Chicago Fire, while also spending time with the Fulham FC Development Center in England and as the head coach within The Cove FC’s youth system in Australia.

Findlay, a native of Reading, England, played three seasons collegiately at Bluefield College where he graduated with a Bachelor of Science degree in exercise science and sports science with a concentration in sports medicine. Prior to Bluefield, he attended Edith Cowan University in Perth, Western Australia.

Findlay holds a US Soccer C license and earned his Master’s in Sport Science & Coach Education from ETSU in 2021.