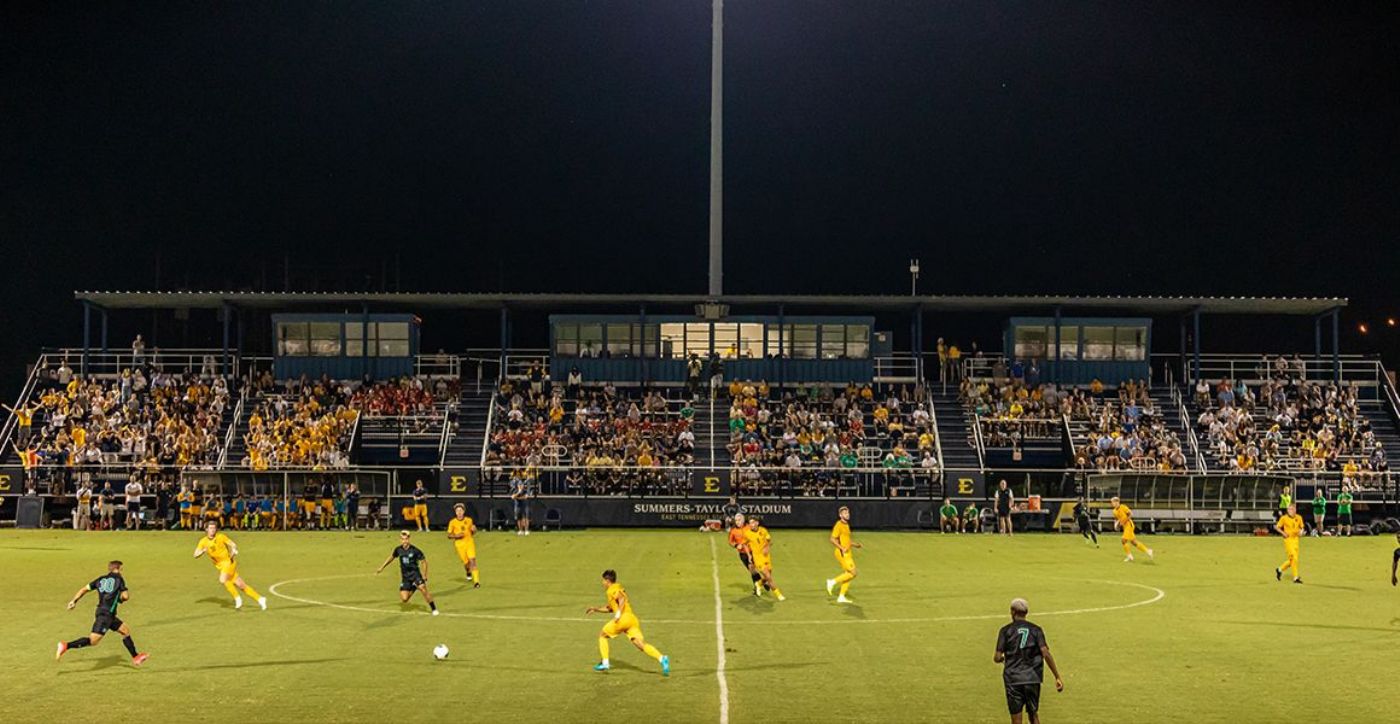 Following its Blue & Gold game on Aug. 12, ETSU will gear up for two friendlies beginning with a home match against King on Aug. 15. The Bucs conclude exhibition play with a road match at Elon on Aug. 21.

The David Lilly era will begin at home as the Blue and Gold host Longwood in the regular season opener on Thursday, Aug. 25, while then facing Davidson on Sunday, Aug. 28 at Summers-Taylor Stadium.

FOUR STRAIGHT ON THE ROAD

After opening the season with a pair of home matches, the Bucs open the month of September with four straight matches on the road, split between time in the Tar Heel and Palmetto states. ETSU’s road opener is a quick trek over the mountain where the Bucs play at UNC Asheville on Sept. 2, while heading to South Carolina to take on Presbyterian on Sept. 6 and USC Upstate on Sept. 10. The Spartans played in the Big South Championship game during the spring of 2021.

ETSU’s final road game sends the Blue and Gold to Chapel Hill to take on perennial power North Carolina on Sept. 13. The Buccaneers went into North Carolina and took down the No. 1 Tar Heels during the 2016-17 campaign. North Carolina made its 28th NCAA Tournament appearance in 2021.

ETSU closes out September with a pair of Big South opponents before turning its attention Southern Conference play. The Bucs host Gardner-Webb on Sept. 20 and head to Radford a week later (Sept. 27). From there, the Bucs open conference action at home against VMI on Sept. 30, which will also be ETSU’s Senior Day.

Following its SoCon home opener with VMI, ETSU steps out of conference play when the Bucs bring Virginia Tech to Johnson City on Oct. 4. This will mark the fifth all-time meeting and second trip Virginia Tech is making to Summers-Taylor Stadium as ETSU defeated the Hokies 1-0 back on Sept. 20, 2011. Virginia Tech made its sixth straight NCAA Tournament appearance in 2021, where the Hokies defeated Campbell in the tournament opener before falling to No. 11-seed West Virginia in penalty kicks.

The Bucs will be on the road for two straight weekends as ETSU’s first conference road match is at Wofford on Oct. 8, while the Blue and Gold take on UNCG, the reigning SoCon regular season champion, the following Saturday (Oct. 15) in North Carolina.

BUCS HEAD TO THE BLUEGRASS STATE

ETSU steps back out of conference play when the Bucs travel to the Bluegrass state to take on co-ACC Atlantic Division champion Louisville on Oct. 18. The Cardinals made their 13th NCAA Tournament appearance last season and are 115-34-28 at home since the start of the 2007 season.

ROUNDING OUT THE HOME SLATE

The final match of the regular season sends the Blue and Gold to Macon, Ga. for a showdown with the reigning SoCon Tournament champions, Mercer. The game is set for 7 p.m. on Oct. 29.