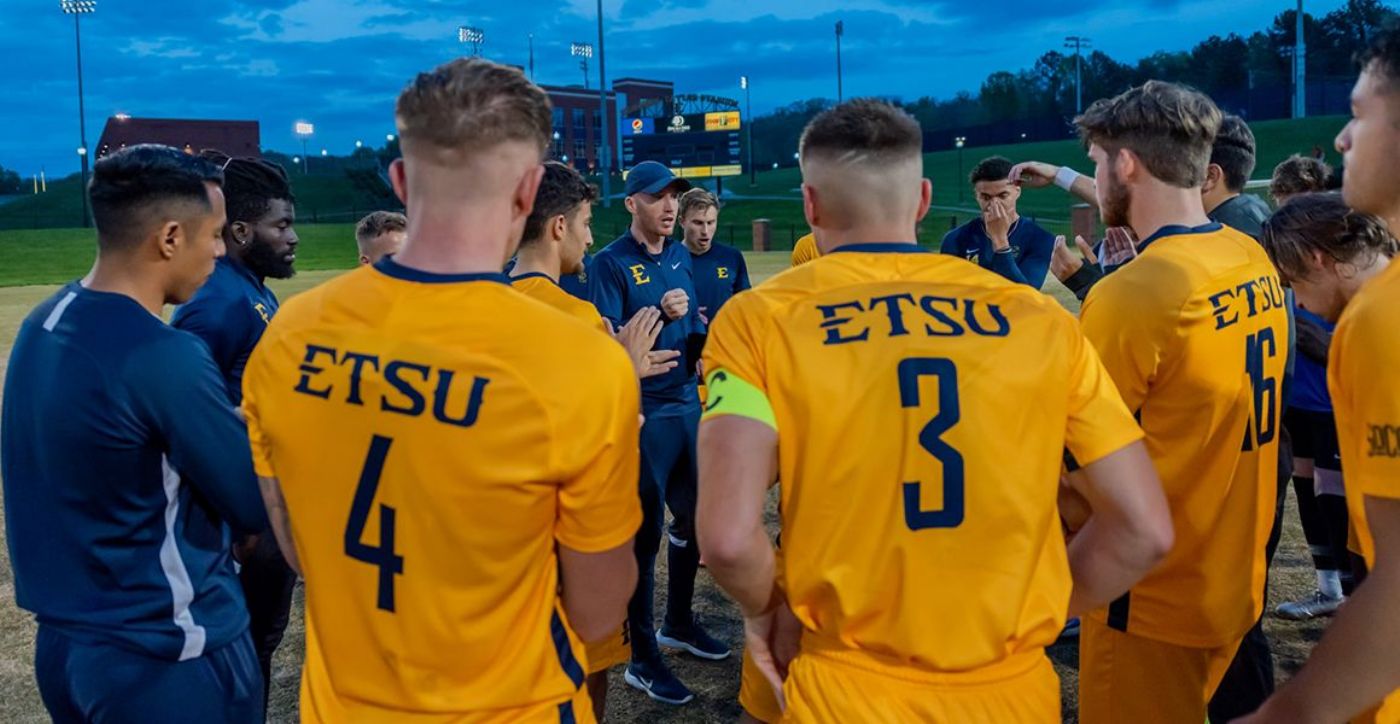 The group of 11 new faces features six transfers and five freshmen. Of the 11, four are defenders, five midfielders, one forward and one goalkeeper.

Below is a breakdown of the 11 new Buccaneers.

Experienced central defender … A grad transfer from Gardner-Webb University … Played in 58 games with 56 starts, along with adding one goal, four assists and 12 shots over his career with the Runnin’ Bulldogs … First collegiate goal came this past fall in a win over Longwood in the opening round of the Big South Tournament … Started all 16 games during his senior campaign, while taking six shots (two on goal) … Started all 11 games during the spring 2021 season where he logged 1,000 minutes … Named Big South Defensive Player of the Week after playing a key role in a shutout over VMI … As a sophomore, in 2019, started all 18 matches en route to logging 1,609 minutes on the pitch … Posted an assist over Longwood on Sept. 28, 2019 … Started 12 matches as a freshman where he logged over 1,000 minutes … Contributed to a pair of shutouts over Wofford and USC Upstate … Prior to Gardner-Webb, Catherall played at O’Dea High School and with the Seattle Sounders FC Academy.

Versatile midfielder and defender … Transferring from Georgia Southern University … Played in 26 matches (22 starts), while recording two assists, one shot and logged 1,994 minutes in two seasons with the Eagles … In 2020, as a freshman, played in nine matches with eight starts and logged 710 minutes – fourth-highest total on the team … Named a Freshman of Impact by College Soccer News … Made his collegiate debut at South Carolina on Sept. 19, 2020, where he played all 90 minutes … Started 14 of his 17 matches as a sophomore in 2021 … Registered two assists and two points on the season … First collegiate assist came in a 2-1 win over North Florida on Sept. 10, 2021, while the second came in a 3-0 victory over College of Charleston on Sept. 22, 2021 … Recorded first collegiate shot at Campbell on September 18, 2021 … Played 1,284 minutes on the season.

Technical and creative attacking midfielder … A grad transfer who spent time at both Clemson and UNC Asheville … Spent the 2018 and 2019 seasons at Clemson and played the last two years at UNC Asheville … Played in 13 matches (nine starts) and logged 852 minutes in the fall of 2021 for UNCA … Tallied eight shots and one assist last season for the Bulldogs … The one assist came against College of Charleston on Sept. 15, 2021 … Named to the Big South All-Tournament Team … Started all seven matches for UNCA in the spring of 2021 … Totaled 548 minutes with five shots (three on target) … Scored his first collegiate goal against Presbyterian on April 3, 2021 … In high school, he scored 19 goals and recorded 16 assists during his season year at Asheville High School where they finished with an overall record of 20-2-1 … Named co-MVP of the Western Mountain Athletic Conference in 2017.

Left sided defender … Four-year letterwinner at Owen High School … Recorded 20 goals and 20 assists during his senior campaign … Named 2021 Western Highlands Conference Player of the Year … Earned all-state and all-region honors … Led the Warhorses to a 10-0 conference record in 2021 … Played for Coach Matt Barry at Highland Football Club … Currently representing Asheville City in the USL League 2 Playoffs, this is his second season with the club.

Strong central defender … Product of the highly regarded Baerum SK academy, representing them in the U19 Premier League and Norway’s Men’s 4th Division ... Played in 18 matches during the 2021 season where he totaled five goals and two assists … Appeared in 13 matches in 2020, finishing with five goals and three assists.

Transferring to ETSU after playing two seasons at the University of Dayton … Played in 27 career games for the Flyers … Started all 18 games during his sophomore season where logged 1,689 minutes … Recorded 74 saves, which placed him top 20 for total saves nationally and second in the conference … Ranked top 50 nationally in saves per game and fourth in the conference … Recorded two shutouts and finished with a record of 6-9-3 … Named to the Atlantic 10 All-Rookie Team in 2020-21 … Started all nine games and led the team in minutes played … Recorded 41 saves and one shutout … Posted a 4-4-1 record … Was nominated for the Rookie of the Year award at the R.U.D.Y.S. banquet … Has represented Canada’s youth national teams including at the U17 World Cup in Brazil … Attended the Soccer Institute at Montverde Academy in Florida.

Technical midfield playmaker … Transferred in prior to the spring semester from the University of Maryland … Played in 25 matches (10 starts) in three seasons with the Terrapins … Totaled three goals, one assist and seven points over his career at Maryland … Scored his first collegiate goal on Oct. 2, 2019 when he recorded a brace vs. Rutgers … Tallied a goal against Indiana on Oct. 18, 2019 … Had an assist vs. Villanova (9/16/19) … Ranked 98th among freshman on Top Drawer Soccer’s year end ranking in 2019 … Played in 20 matches with 10 starts and logged 1,064 minutes as a freshman in 2019 … Played 45 minutes against Iona in the first round of the NCAA Tournament and 49 minutes in the second round at Wake Forest in 2019 … Academic All-Big Ten selection in 2020 … Has represented Slovenia at U18 and U21 levels … National Champion with his former club NK Krsko.

Versatile and tenacious midfielder … Transferring in from Gardner-Webb University where he played two seasons with the Runnin’ Bulldogs … Played in 27 total matches (22 starts) over the two seasons at Gardner-Webb … Recorded four goals, four assists, 12 points and 31 shots (12 on net) in his two years with the Runnin’ Bulldogs … Started eight of the nine matches during the Spring 2021 season where he logged 758 minutes … Scored his first collegiate goal against Furman on March 3 and was later named Big South Freshman of the Week for that goal against the Paladins … Played in 18 matches (14 starts) in the fall of 2021 … Tallied three goals and four assists with 20 shots (eight on goal) in his sophomore season … Led the team in assists, ranked second in goals scored and points, and ranked third in minutes (1,351) and shots … Named to the 2021 Big South All-Tournament Team … Scored his first goal of the fall 2021 season against VMI (Sept. 11), while also adding an assist against the Keydets … Had a goal and a season-high four shots vs. USC Upstate (Sept. 28) … Posted his final goal of the year against Presbyterian on Oct. 30, while following that up with a two-assist game vs. Winthrop on Nov. 3.