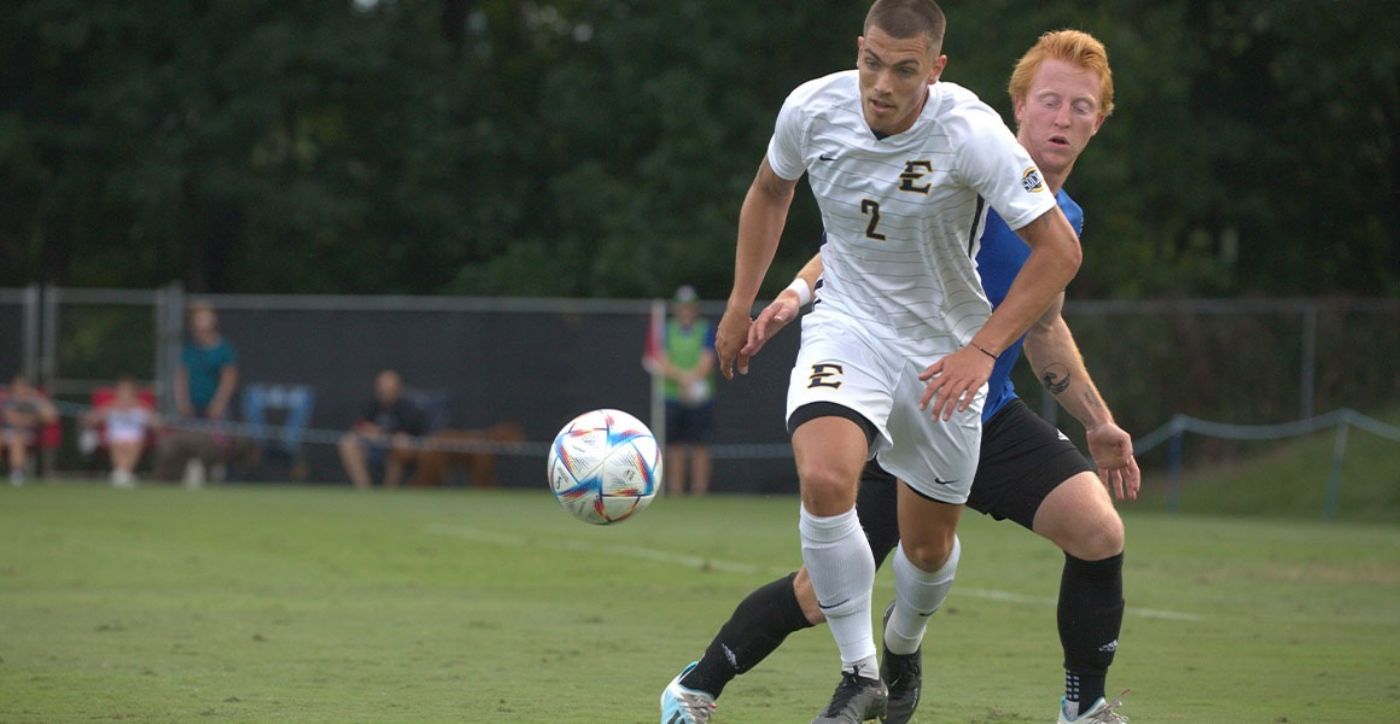 CLINTON, S.C. (Sept. 6, 2022) – The ETSU men’s soccer team suffered its first defeat of the season as the Buccaneers surrendered a pair of second-half goals and fell 2-0 to Presbyterian on Tuesday night at Martin Stadium.

Dropping their first contest, the Bucs sit with an overall record of, 3-1.

The Bucs will travel to Spartanburg S.C. on Saturday to take on USC Upstate, kickoff set for 3 p.m.