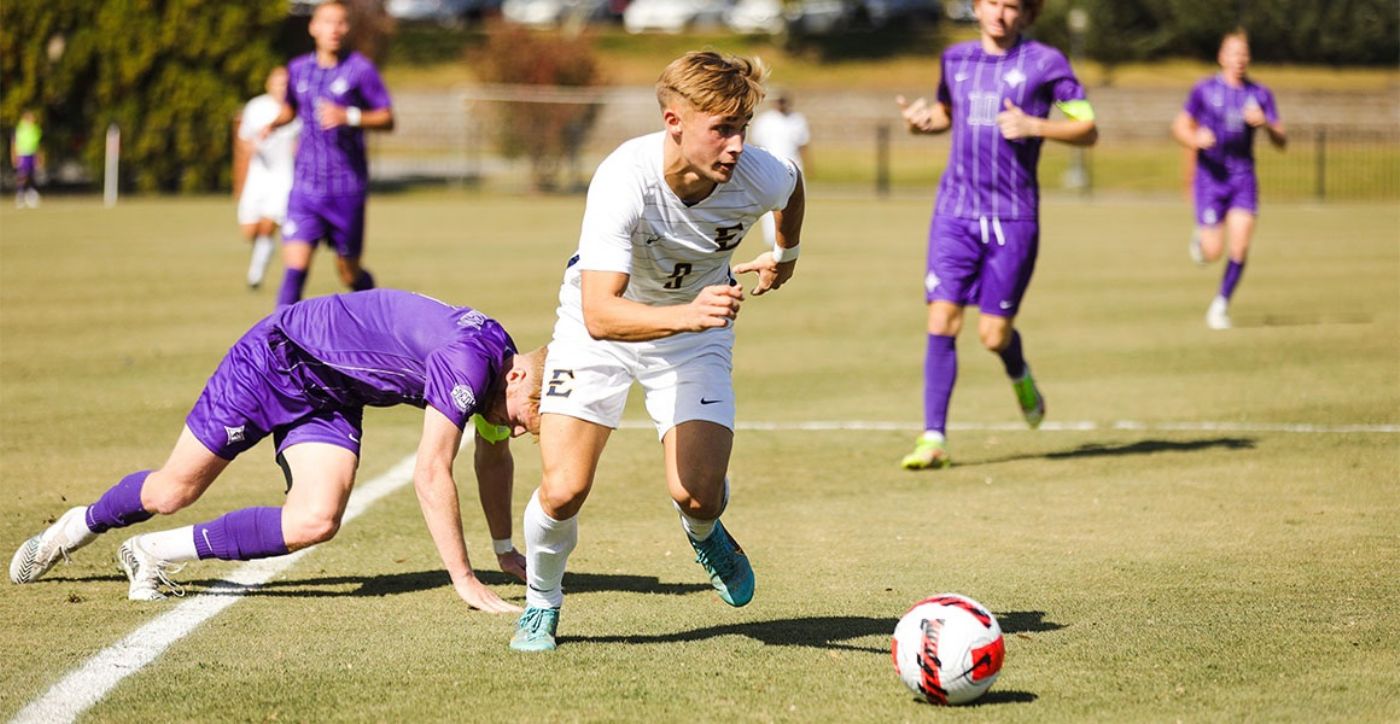 SPARTANBURG, S.C. (Oct. 26, 2022) – After scoring the game-winning goal in a 1-0 win against Furman on Saturday, junior forward Tarik Pannholzer (Flensburg, Germany) was named SoCon Student-Athlete of the Week, announced by the league office Wednesday afternoon.

Pannholzer scored in the 82nd minute of the conference game last Saturday against Furman to secure a bye in the SoCon tournament quarterfinal. Scoring his 17th career goal and fourth of the season, Pannholzer also secured a home game for the Bucs in the semifinal of the tournament.

The Flensburg, Germany, native maintains a 3.89 grade point average and is majoring in sports management with a minor in brewing and distillation studies.

Pannholzer is the second Buc to receive the award this season after ETSU Football player Chandler Martin earned the award on Sept.14. ETSU has earned the accolade 39 times since re-joining the SoCon in 2014-15.

The Bucs prepare for their regular season finale on Saturday when they take on Mercer in Macon, Ga. at 7 p.m.