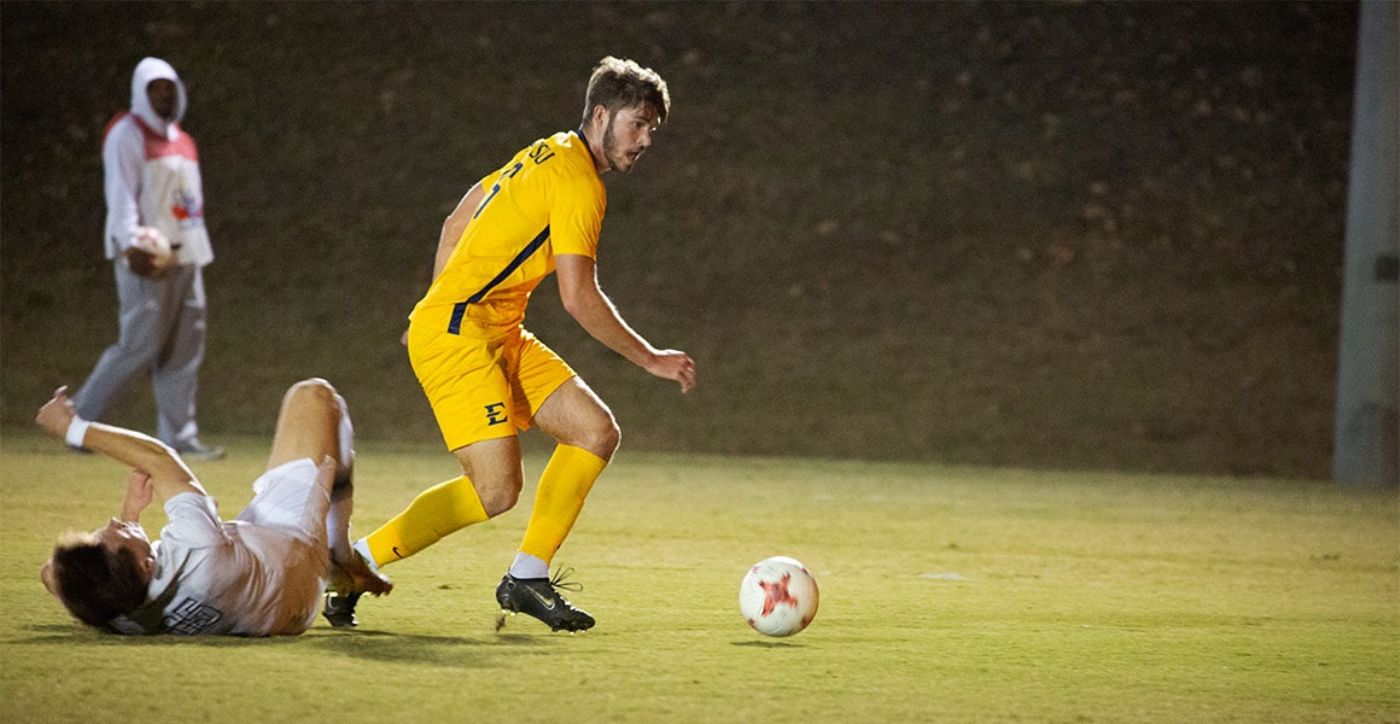 Two early goals too much to overcome at Mercer

MACON, Ga. (Oct. 29, 2022) – On Saturday night, the ETSU men’s soccer team came up short after allowing two goals inside the first 15 minutes to Mercer. Closing out the regular season on a 2-3 loss at Betts Stadium in Macon, Ga., the Bucs conclude the 2022 regular season campaign with a 8-5-3 overall mark and a 3-1-1 mark in conference play.

The Bucs will host the winner of the SoCon tournament quarterfinal, Mercer or VMI, on Sunday, Nov.6 at 3 p.m. in Summers-Taylor Stadium.