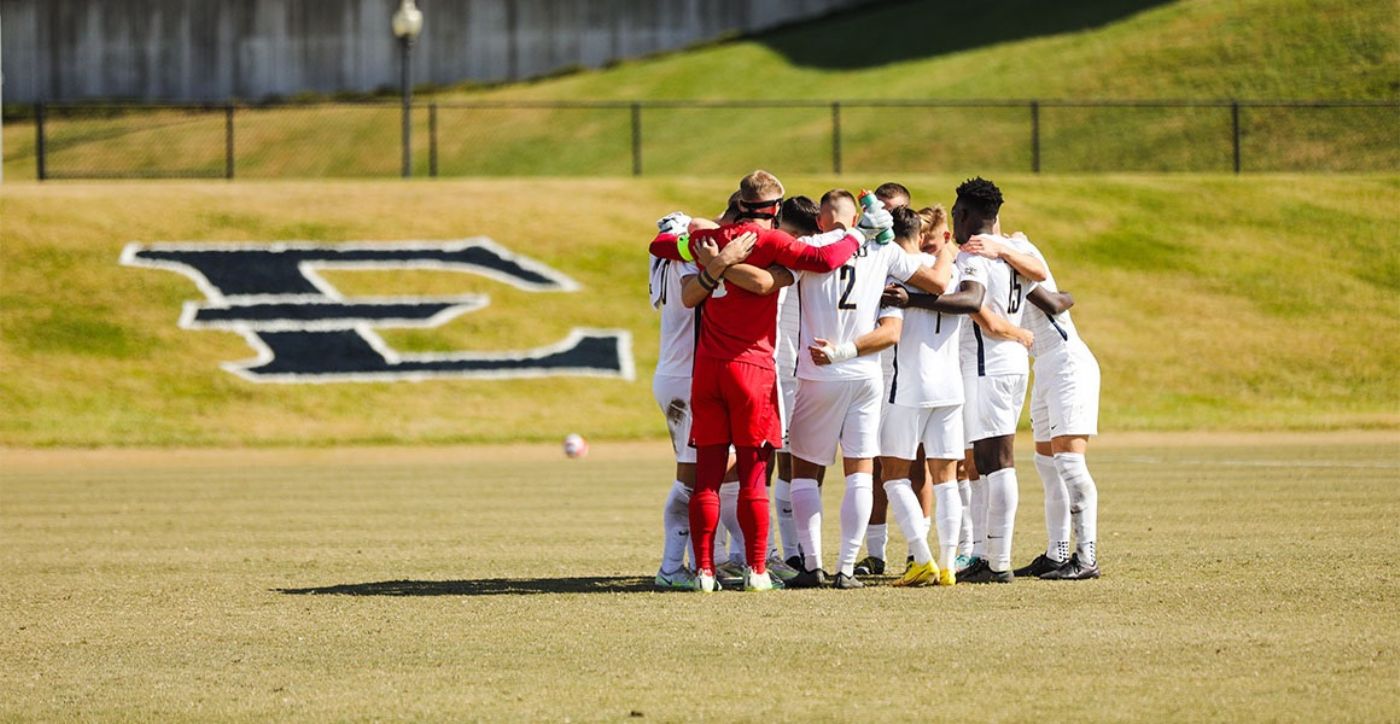 Posting seven shutouts, 33 saves and a .767 save percentage in 13 starts, Hunter earned the 2022 Goalkeeper of the Year award and a spot on the First Team All-Conference. Ranking 24th in the nation for goals against average with .769, Hunter becomes the third goalkeeper in program history to win the award and the first since Josh Perryman – who won the award in 2019. While being tied 11th in the nation with seven clean sheets, Hunter is tied for fifth-most in a single season and fourth most in school history.

Leading the SoCon in goals scored and tying the single-season program record with 11, forward Kieran Richards (Hamilton, New Zealand) landed a spot on the First Team All-Conference. The only Buc to start every match for ETSU (16), Richards is currently tied for fifth all-time in goals scored in program history with 18. With his 11 goals, Richards is tied for seventh in the nation in total goals, 14th in goals per game with .69. While adding three assists, Richards ranks 10th in total points with 25 and 18th in points per game with 1.56. This is Richards’ second time on an all-conference team after earning a spot on the 2020 All-Conference second team.

Earning a spot on the All-Conference First Team in back-to-back seasons, junior forward Tarik Pannholzer (Flensburg, Germany) joined Hunter and Richards on the first team. In his third season for the Blue and Gold, Pannholzer was involved in eight goals while scoring five and assisting on three goals. Of his five goals, three of them were game-winning scores. Pannholzer is currently tied for fifth in goals scored in program history with 18. Featuring on the first team in consecutive years, Pannholzer becomes the first Buc to do so since 2017-18 when Bruno Andrade earned spots on two straight All-Conference first teams.

In his third season for the Bucs, defender Henrik Guenther (Guetersloh, Germany) placed his name on the All-Conference First Team. Playing in all 16 games for ETSU, Guenther aided the defense to seven shutouts, while adding an assist. He becomes the first defender to make the first team for the Bucs since 2019 when Merveil Bilomba featured on the list. Logging 1,172 minutes, Gunther notched four shots on target while only entering the referees’ books once with a yellow card. In 10 games, Gunther played for at least 75 minutes while playing all 90 minutes on three separate occasions.

One of two newcomers to earn an All-Conference award for the Bucs, midfielder Sebastian Reventlow-Mourier (Viborg, Denmark) secured a spot on the All-Conference Second team. In his first season for the Blue and Gold, Reventlow-Mourier logged 1,328 minutes – the most by any player. Starting 15 games, Reventlow-Mourier recorded his four points in the 3-2 victory over UNC Asheville on Sept. 2. He scored one and assisted on two goals in the contest. The Viborg, Denmark, native is the second midfielder in the last three years to earn a spot on the Second Team for ETSU, when Richards did so in 2020.

Featured in every game for the Bucs, defender Dominic Foster (London, England) joined his teammate on the All-Conference Second Team. Logging the third most minutes on the team with 1,216, Foster record a pair of assists and helped ETSU post seven clean sheets. On eight separate occasions, Foster played all 90 minutes for the Bucs. In every game, Foster played at least one half, while playing at least 60 minutes 13 different times. Starting 15 games, Foster recorded three shots on target in the regular season.

Coming off the bench in all 13 games he featured in, defender Jason Gun (Asheville, N.C.) earned a spot on the 2022 All-Freshman team. In his first season for the Bucs, Gun aided the Bucs to seven clean sheets as he saw action in every single one of the shutouts. Adding his name to the list, Gun made it the ninth consecutive year the Bucs have at least one player on the All-Freshman Team.

The Bucs gear up for a semifinal matchup on Sunday afternoon at 3 p.m. in Summers-Taylor Stadium versus the winner of the Mercer/VMI quarterfinal contest.