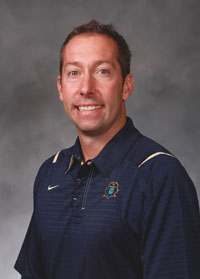 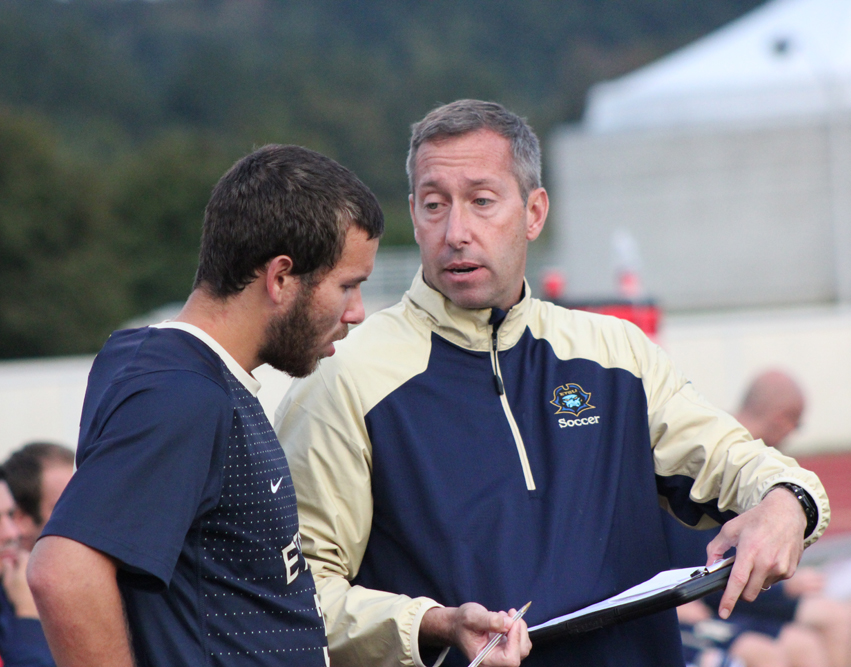 In just six seasons, Scott Calabrese has established ETSU as a championship-level program, attaining both regional and national success.

Since founding the program in 2008, Calabrese has led ETSU to two Atlantic Sun Tournament Championships, a pair of NCAA Tournament appearances, and four consecutive seasons of 10 or more wins (2010-13).

Most recently, ETSU was crowned 2013 Atlantic Sun Champions after earning a 3-1 victory over North Florida in the A-Sun Tournament Championship.

Under Calabrese's tutelage, the Buccaneers have earned four victories over Top 25 opponents, including a 1-0 road win over No. 8 UAB, the nation's top scoring offense, Sept. 15, 2013.

In 2011, Calabrese led ETSU to its first national ranking. With a 1-0 defeat of No. 24/20 UNC Greensboro Aug. 31, ETSU earned its first win over a nationally ranked opponent and soared to No. 19 in Soccer America. Calabrese guided the Buccaneers to a second such win on Sept. 11 when ETSU took down No. 14 William & Mary in the Stihl Soccer Classic, and later coached the Bucs to a 0-0 draw of No. 25/23 Furman. With a mark of 6-1-1, ETSU took its first step into the NSCAA rankings at No. 24. Entering the 2011 A-Sun Tournament as a No. 6 seed, ETSU blew by Jacksonville in the quarterfinals and edged Stetson in the semis to become the first such seed to advance to the final.

The Bucs finished the 2010 season at No. 38 in the RPI rankings, completing the largest single-season improvement of any Division I program.

Over the past four seasons, ETSU has often been ranked in the NSCAA South Region Poll, including a span of 13 weeks in 2011 in which the Bucs were ranked as high as No. 3.

Before coming to ETSU, Calabrese spent four years as an assistant at Clemson helping guide the Tigers to the top of the national rankings, including a trip to the NCAA Final Four in 2005 and a No. 1 national ranking midway through the season. Calabrese also directed the Clemson Soccer Academy, which plays host to over 1,800 children each summer.

Prior to coaching at Clemson, Calabrese served as an assistant coach at the University of North Carolina from 2000-2001, helping the Tar Heels to an Atlantic Coast Conference championship and Elite Eight appearance in 2000, and a national championship in 2001. He also spent two seasons in the Atlantic Sun Conference, assisting at Stetson University from 1998-99.

On the professional level, Calabrese was an assistant coach for the Carolina Courage of the WUSA, helping the Cougars go from “worst to first” and win the 2002 WUSA title. He played professionally for the Rhode Island Sting Rays from 1995 to 1997, as well as the South Carolina Shamrocks in 1998.

Calabrese also helps with youth soccer development, coaching several Olympic Developmental teams. He was a member of the 2006 Region III coaching staff as well as the goalkeepers coach for the USA Women’s national team. Calabrese has an “A” coaching license, and is a Level I and II certified goalkeeping instructor with the NSCAA.

Calabrese, a native of Newton, Ct., is a 1995 graduate of Bryant College where he earned a B.S. in business administration. He and his wife, Farrell, reside in Johnson City with their son, Kai.