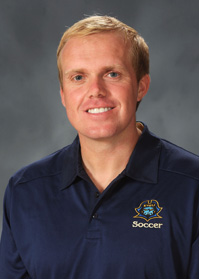 Luya has been alongside head coach Scott Calabrese since the program’s inaugural season in 2008. Since 2010 ETSU has posted a 45-25-12 record with four consecutive seasons of at least 10 wins.

In 2013 ETSU posted another banner year which included a win over No.8 UAB as well as making their second trip in four years to the Division 1 NCAA Tournament after winning the Atlantic-Sun Tournament Championship.

In 2012, the Bucs finished with a 10-6-4 record which included a win over No.17 ranked UAB, and ties with No.14 Wake Forest and No.25 ranked Furman. ETSU also earned several all-conference awards, with David Geno garnering A-Sun Player of the Year Honors. Ryan Coulter was tabbed A-Sun Goalkeeper of the Year and, overall, the program produced five first team and one second team All-A-Sun selections, as well as three NSCAA All-South Region selections.

During his time at ETSU, Luya has been a part of several firsts for the young program. These have included ETSU being ranked nationally at No. 25 NSCAA and No. 19 by Soccer America in 2011, and in 2010 ETSU having a historic season with a record of 15-6-0 on the way to winning the A-Sun Conference Tournament and advancing to the NCAA Tournament for the first time in only the program’s third year of existence. 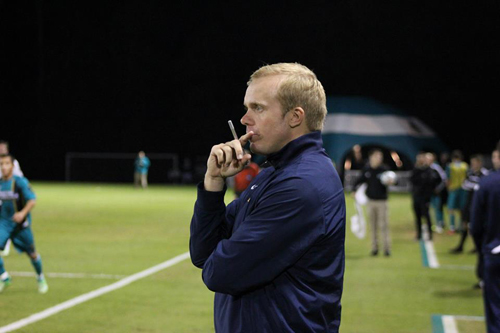 Prior to ETSU, Luya served as the assistant coach at Stetson University where he helped the Hatters to their first NCAA berth in 2005 and regular season Atlantic-Sun title in 2006. Luya also coached the Kalamazoo Kingdom PDL team in 2004.

As a player, Luya led IPFW to a No. 5 national ranking in 1999 and was an integral part of the team that advanced to the Division II NCAA Elite Eight. He finished his career at IPFW with 28 goals and 9 assists from midfield.

Luya, a native of Ormskirk, England, graduated from IPFW in 2004 with a B.A. in History.

He currently resides in Johnson City with his wife Ginger Maria Luya.