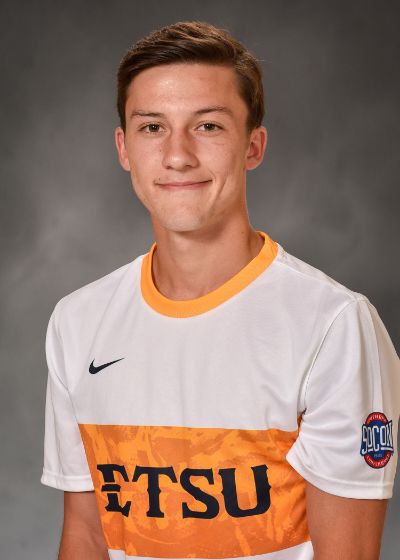 2016: Played in 19 games with two starts...Finished the season as the NCAA statistical champion in assists while breaking the program’s single-season record for assists with 12...Led the team and was second in the SoCon with 22 points on the season...Scored five goals on the season, including three game-winners (tied for the most on the team)....Assisted Fletcher Ekern with the game-winning overtime goal against top-ranked North Carolina to clinch the road upset...Nailed the lone goal against Appalachian State Sept. 3...Played 1,131 minutes on the pitch.

2015: Played in 16 games including one start...Scored one goal in the home opener against High Point, where the Bucs went on to win 2-0...Tallied four assists during the season....Assisted Fletcher Ekern in the 60th minute versus UNCG to take the lead in the final game of the season...Took a season-high three shots with two on goal at UNCG...Played 714 minutes on the pitch.

2014: Participated in eight games...Had one goal with one shot against VMI on Oct. 21...Averaged 27 minutes on the field...Took three shots with two on goal.

Personal: Born March 16, 1996...an Old Hickory, Tenn. native…Son of Dale Woodfin and Carmen Nelson…majoring in Psychology with a clinical concentration at ETSU.