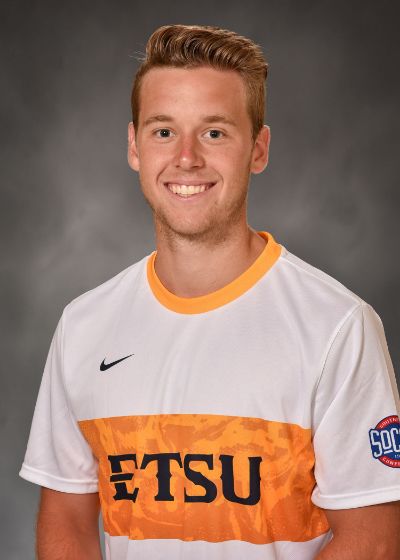 2015: Played in 16 matches with three starts...Played 105 minutes versus UNCG where he tallied an assist to the only goal scored that game for the Blue and Gold...Took one shot all season at Radford on Sept. 5 which he started and played 60 minutes for the Bucs.

Prior to ETSU: Transfered from Lincoln Memorial University...Played two seasons as a RailSplitter...In 2013, saw the most playing time with 19 games with 12 starts...Had one assist during his freshman season...Tallied eight shots with one on goal...In 2014, played in 16 games with 11 starts...Finished with two assists and four shots...Played for a total of 2156 minutes at LMU.

Personal: Lives in Kennesaw, Ga...Played at Harrison HS where his team was able to get to the semifinals of the state tournament...Majoring in Business...Started at ETSU in the spring of 2015.