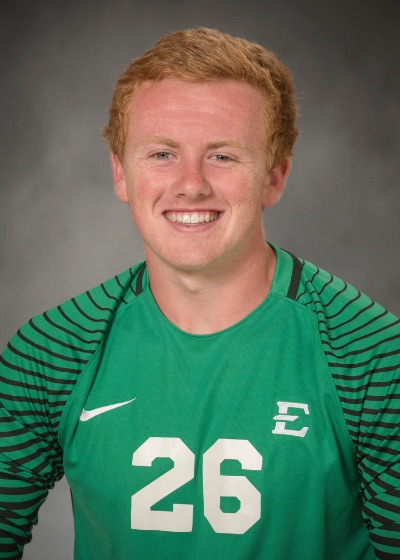 Prior to ETSU: Lettered four seasons at Saint Stephens Episcopal School in Bradenton, Fla. for head coach Marc Jones as a goalkeeper … Helped his team win seven district championships and one regional championship … Was named a finalist for the 2018 FHSAA Soccer Player of the Year with a .560 GAA and nine shutouts as a keeper to go along with three goals scored and four assists.

Personal: Born February 12, 2000 … From Bradenton, Fla. … Son of Tim and Kathleen Mulqueen … His father, Tim, lettered four seasons at St. Joseph’s University from 1983-87 and later became a goalkeeper’s coach on the professional level, where he currently works for Orlando City SC … Mulqueen’s father not only helped train Trevor throughout his life, but also worked with U.S. National Team goalkeeper Tim Howard early in his world-renowned career.