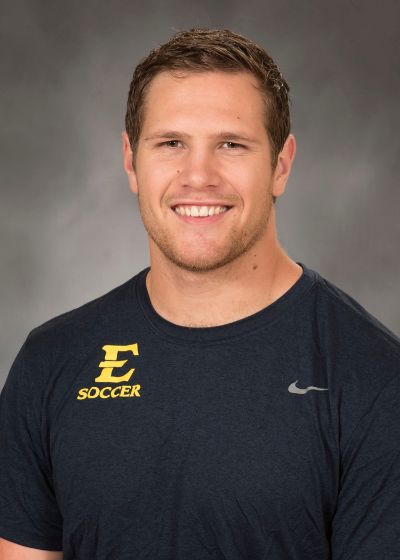 Alex Wetmore is in his fourth year with ETSU and serves as the Olympic sports weight room supervisor. In addition to his weight room duties, Wetmore is the head sport scientist and strength coach for the ETSU Men’s Soccer team, ETSU Baseball team and is an assistant with the ETSU designated Olympic Training Site under Dr. Brad DeWeese.

Wetmore completed his master’s degree in applied sport science at ETSU and is currently pursuing his Doctorate in sport physiology and performance, also at ETSU. Wetmore is certified by the National Strength and Conditioning Association (certified strength and conditioning specialist), USA Track and Field (Level 1) and is an ISAK Level 1 anthropometrist.

Prior to joining ETSU, Wetmore completed his undergraduate studies in exercise science at Marian University (Indiana). While at Marian, Wetmore was a three-year starting defensive end for the Knights football team. He was also part of the Knights’ 2012 and 2015 NAIA national championship teams and the 2014 national runner-up team. Wetmore received Academic All-American honors in 2014 and 2015.