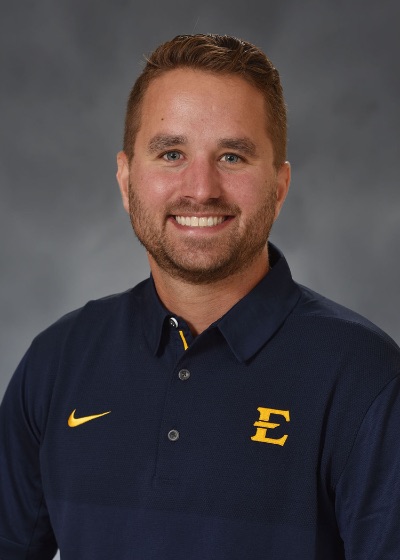 Brad Camp enters his second year with the ETSU men's soccer staff, previously serving as a volunteer assistant coach in 2017 before his promotion to assistant coach in 2018.
Prior to joining the Bucs' soccer program, Camp gained experience as an assistant coach at Maryville College and as head coach for the Knoxville Force of the National Premier Soccer League.
Camp has also served as the boys director for the Alliance Development Centers for the Knoxville-based youth club, FC Alliance, and also held a role as an assistant director for Tennessee's Olympic Development Program prior to his promotion.
Camp graduated with a bachelor's degree in Sport Management from Trevecca Nazarene University, where he played from 2007-2009, and also collected a master's degree and Ph.D. from Middle Tennessee State University in the same field in 2012 and 2015, respectively.
Camp currently holds a United States Soccer Federation "B" license, as well as goalkeeping licenses from the National Soccer Coaches Association of America.