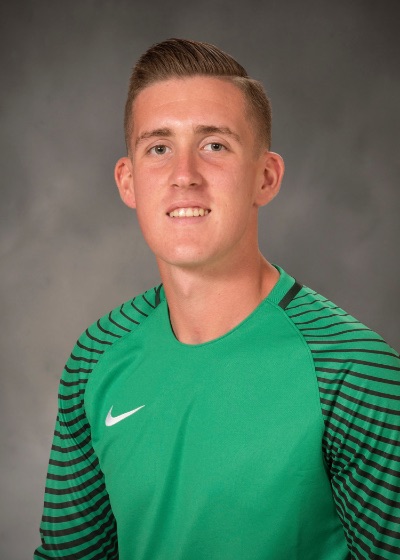 Spring 2020: Captained the side, starting in 10 games on the season in net...played all but 90 minutes on the season...tied the third lowest GAA in program history with .92, allowing just 10 goals in 975 minutes...made 39 saves on the season, including a career-best eight saves against eventual National Champions Marshall (Feb. 23)...garnered his first shutout of the season in a 0-0 2OT draw againt VCU (Feb. 27)...tied his career mark with eight saves in a 1-0 clean sheet over Mercer (March 16)...received SoCon Player of the Week Honors (March 23) for his performance against the Bears...held a .796 save percentage on the season, good for second all-time in Buccaneer history...finished the season with the fourth best career GAA (1.13), the third most wins (19), third most shutouts (12) third most saves (153) and the second best save percentage (.748)...named to the SoCon Honor Roll, the SoCon All-Academic Team and was awarded the Commissioner's Medal.