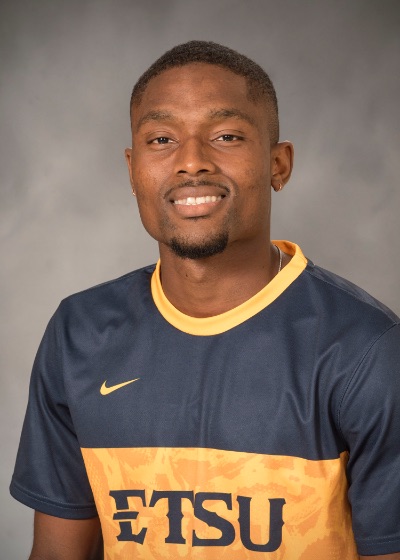 2019: Made 17 appearances and 17 starts on the 2019 campaign for the Buccaneer defense...helped ETSU to a 1.06 GAA to top the Southern Conference, earning Bilomba an All-SoCon First Team selection to join goalkeeper Josh Perryman...tallied five shutouts over the season with the Bucs...took 18 shots with seven on frame...appeared on the SoCon Honor Roll.

2018: Appeared in 15 games with 14 starts...Named to the all-conference second team as a defender...helped ETSU accumulate three shutouts and aided goalkeeper Josh Perryman to second team all-SoCon honors with a 1.37 GAA on 51 saves...Took three shots with one shot on goal...2018-19 Southern Conference honor roll selection and academic all-conference selection.

2017: Played and started in all 18 games and led all ETSU newcomers in minutes played...Bolstered the middle of an ETSU backline that allowed a conference-low 14 goals all season, ranking 17th in the nation with a 0.71 goals against average...Also helped take the pressure off of SoCon Goalkeeper of the Year and Third-Team All-American Jonny Sutherland who only had to defend 78 shots on goal the entire season, a conference low...Contributed to nine shutouts in 18 tries for the ETSU defense his rookie season...2017-18 Southern Conference honor roll.

Prior to ETSU: Attended University Institute of Technology in Tours, France...Played in the Centre league for head coach Julien Petitjean.

Personal: Born on February 6, 1995...From Tours, France...Intends to major in Sport Management with a focus in Business while at ETSU...Son of Faustin Bilomba and Amombo Etoundi Martine Bienvenue.