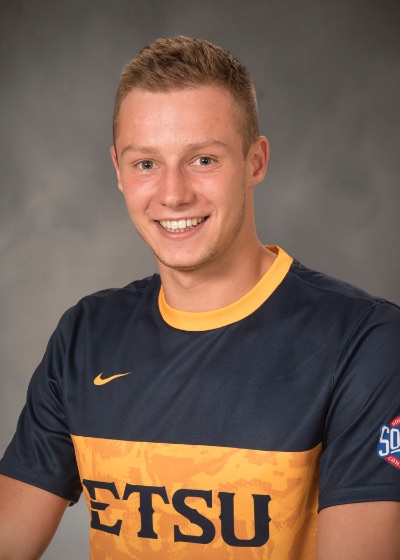 2019: A mainstay in the Buccaneer lineup when healthy, the redshirt junior made 11 starts and 12 appearances on the season...scored the game-tying goal in the 90th minute against Georgia State (Sept. 28) in a 2-2 tie...played a role in three shutouts on the year...played the full contest in nine of his 12 appearances, including all 110 minutes in the 3-2 2OT win against Old Dominion (Sept. 2) and the 1-1 draw at Appalachian State (Oct. 1)...appeared on the SoCon Honor Roll.

2018: Coming off an injury, Pickering appeared in six games with three starts late in the season...made his return on Sept. 26 at Kentucky and played in 25 minutes on the backline...made starts against UNCG, VMI and Furman during the 2019 Southern Conference tournament semifinals...Named to the preseason All-SoCon team...2018-19 Southern Conference honor roll selection.

2017: Started one game vs. Kentucky before shutting down his season and taking a medical redshirt with ongoing injury issues...Scored in the 18th minute of ETSU's home opener with UK, giving the Bucs a 1-0 lead before exiting in the 53rd minute with his injury...Produced a goal with his only shot of the season...2017-18 Southern Conference honor roll.

2016: Played in and started all 20 matches for the Bucs...Netted 1845 minutes on the pitch, the third highest total on the team...Finished the season with three goals on just five shots...Had the team’s highest shooting percentage (.600) and shot on goal percentage (.600) amongst players who attempted at least five shots and three shots on goal…Nailed the game-winning goal against UNC-Greensboro for a 1-0 victory in conference play…Scored twice against VMI in a 5-1 victory…Voted 2016 Southern Conference Freshman of the Year by the conference coaches…Second-team all-conference selection…Made the SoCon all-freshman team...2016-17 Southern Conference honor roll.

Prior to ETSU: Attended Hartpury College in Gloucester, England, where he played defender.

Personal: Born May 1, 1998…Native of East Sussex, England...Son of Glen and Vicki Pickering...Majors in Business Management…Aspires to be drafted into the MLS after graduation.