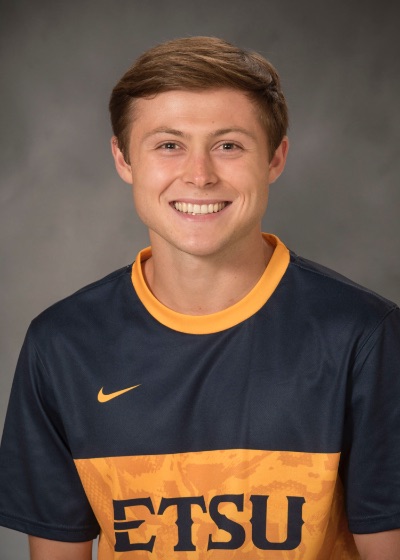 Spring 2021: Making a drop from midfield to defense, Broadwater played an important role successfully with 11 appearances and seven starts on the year...named an CoSIDA Academic All-District 3 selection, Broadwater became the first CoSIDA All-American in program history with an appearance on the Third Team...started in the final seven games for the Bucs at right back...recorded an assist in the 7-0 win over VMI (March 30)...recorded two shots on the season...played in a season high 110 minutes against Belmont (March 23)...earning a perfect 4.0 GPA, Broadwater was selected to the SoCon Honor Roll, SoCon All-Academic Team and was awarded the Commissioner's Medal.

2019: Made 15 appearances as he provided depth in the midfield...played a season-best 57 minutes in the loss to regular season SoCon champions Furman...recorded two shots in the win against Belmont (Oct. 29), including the effort that forced the corner kick to the eventual game-winner...took eight shots on the season...appeared on the SoCon Honor Roll...recipient of the Southern Conference Commissioner's Medal.

2018: Appeared in one game for the Bucs as a redshirt-freshman, making his collegiate debut late against VMI...Scored a goal in his lone appearance, putting ETSU ahead 4-0 in the 78th minute vs. the Keydets...Played 29 minutes of the contest with the goal coming from his only shot attempt...2018-19 Southern Conference honor roll selection...Earned the Southern Conference's Commissioner's Medal with a perfect 4.0 GPA...Also named ETSU's Academic Student Athlete of the Year for 2018-19.

2017: Redshirted for regular season...Unofficially scored ETSU's first goal of the season in an exhibition contest at UNC-Asheville, burying the game-winning goal coming out of a scrum in a 1-0 win over the Bulldogs in preseason play...2017-18 Southern Conference honor roll.

Prior to ETSU: Graduated from Dobyns Bennett HS in 2017...Served as varsity captain for two seasons and lettered four years for the DBHS soccer team as a midfielder for head coach Blake Rutherford...Scored 51 career goals and had 60 career assists for the Indians…Three-time First Team All-Conference Selection and two-time All-Region...Made the All-State and District All-Tournament teams…Was named Media Midfielder of the Year...Played a role in a U.S. Club National Championship, a Regional Premier League Championship and was a Regional ODP All-Star…Made Honor Roll in all four years of high school…Was a Tennessee and Virginia Scholar, AP Scholar and United states Achievement Academy Scholar…Member of the National Honors Society.

Personal: Born on October 1, 1998... Kingsport, Tenn. native...Expects to major in Chemistry while at ETSU...Son of Richard and Holly Broadwater.