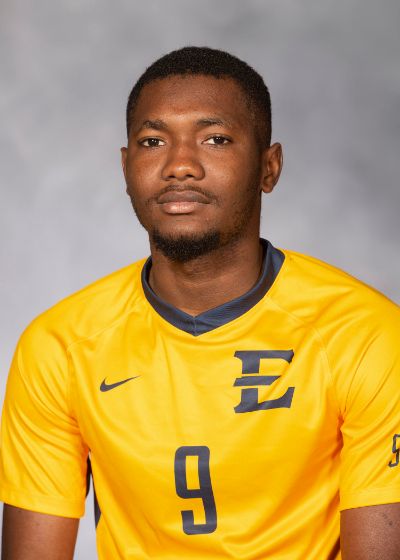 2018: Played in 10 games as a reserve as a late addition to the ETSU roster...Made his Buccaneer debut against Dayton on Sept. 11...Scored one goal and had one assist for three points last season...Scored the game-tying goal during the 80th minute of a 2-1 win over Marshall for his first collegiate points...Recorded an assist against VMI in a 4-0 win...took 13 shots with five on goal...2018-19 Southern Conference honor roll selection.

Personal: Born on December 25, 1998 ... From Paris, France ... Son of Alusine Karamba Jawara and Fatumata Kuyateh … Anticipated major is chemistry … Plans to pursue a professional soccer career after college and later work in a chemistry laboratory after soccer.