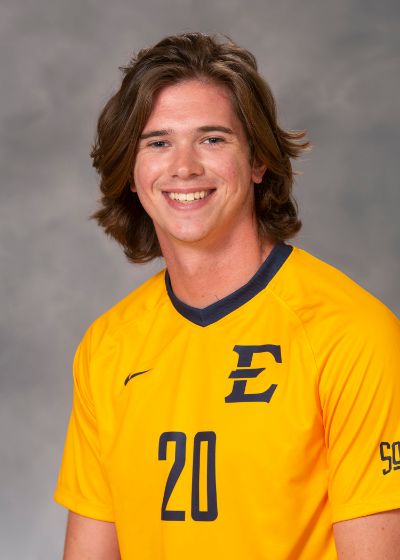 2019: Spent the 2019 season recovering from an injury, did not play...appeared on the SoCon Honor Roll...recipient of the Southern Conference Commissioner's Medal.

Prior to ETSU: Lettered in both soccer and basketball at Sullivan Central High School in Blountville, Tenn. … Was named to the All-Three Rivers Conference team for three straight years of soccer primarily as a center back, along with three MVP awards … Scored 41 goals in his high school career, including 21 in his junior year … Also received one all-conference selection and MVP for basketball as a junior.

Personal: Born March 10, 2000 … From Bluff City, Tenn. … Majoring in biology … Son of Chris and Michelle Wright … Grayson is a third-generation college athlete, as his grandfather, Bill Wilson, played basketball from 1962-63 at Tennessee before transferring to ETSU to play in 1964-66 … Grayson’s father, Chris, played football at Emory and Henry in 1984.