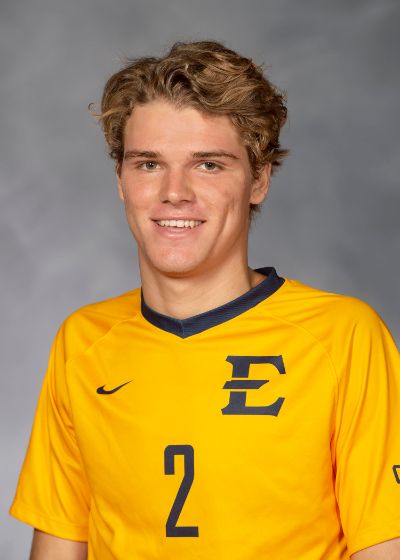 2019: Played a prominent role in the ETSU defense, playing in all 18 matches while starting 15 of them at the right back position...helped the defense keep five shutouts...recorded his first assist with the equalizer in the 2-2 draw against Georgia State (Sept. 28)...recorded assists in back-to-back games against VMI (Oct. 19) and Mercer (Oct. 22) while allowing zero goals in those contests...played a career-high 110 minutes in the 1-1 draw at Appalachian State...appeared on the SoCon Honor Roll...recipient of the Southern Conference Commissioner's Medal.

Prior to ETSU: Studied at Oeregaard Gymnasium in Denmark...helped his club side to a second place finish in the Denmark's U17 division in 2017 before making his way up to the U19 team.

Personal: Born on May 2...son of Claus and Sofie, who peaked at 163 in the WTA tennis rankings in the 1990s... majoring in business at ETSU.