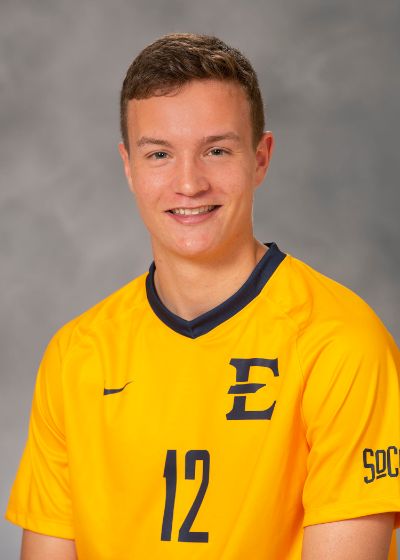 2019: Flashed his talents despite being a freshman by making 13 starts in 13 appearances...named to the All-SoCon Freshman Team and All-SoCon Second Team in his collegiate debut...scored the opener at Old Dominion (Sept. 2) through a penalty in a 3-2 win...scored a season-high three points in the 3-0 win against Presbyterian (Sept. 17) with a goal and an assist...grabbed his second assist against High Point (Sept. 21) in a 2-0 win...scored the opener against Georgia State (Sept. 28) in a 2-2 draw...recorded goals in back-to-back games at VMI (Oct. 19) and against Mercer (Oct. 22)...scored the game-winner against Wofford (Nov. 2) just two minutes into overtime in a 2-1 contest...finished his rookie season with six goals and two assists, recording the second-most goals scored by a freshman in Buccaneer history, held by his freshman counterpart Hauk Andreas Fossen...appeared on the SoCon Honor Roll.