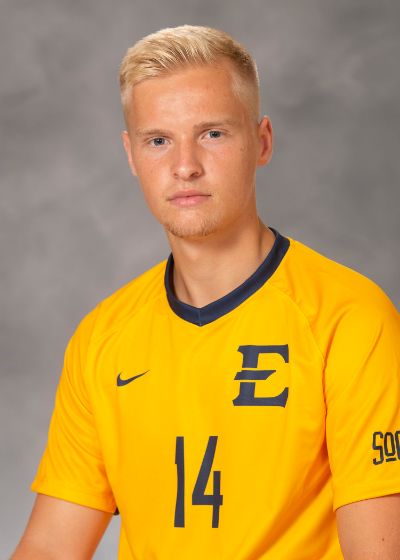 2019: Was instrumental in the midfield for the Bucs, starting in all 18 matches of his rookie season in the Blue and Gold...recorded five assists on the season, a team-best...assisted his first goal against Presbyterian (Sept. 17) in a 3-0 win...recorded an assist in three-straight matches (at Davidson, at VMI, Mercer)...four of his five assists came from set pieces, including the game-winning goal against Belmont (Oct. 29) in double overtime...played the full contest on six occasions, including a season-high 110 minutes against Old Dominion (Sept. 2)...finished with eight shot, three on frame...appeared on the SoCon Honor Roll.