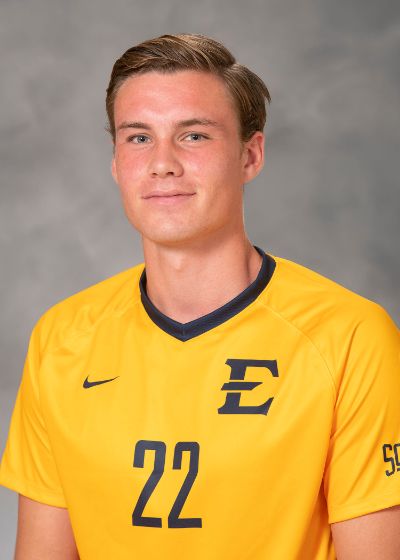 2019: Made 13 starts on 16 appearances in his freshman season...led the team in scoring with eight goals, a mark that broke the school record for goals by a freshman...scored four game-winners on the year, earning himself a spot on the All-SoCon Second Team and Freshman Team...scored his first collegiate goal against Old Dominion (Sept. 2) in double-overtime to win 3-2...followed it up with a goal in the defeat to Marshall (Sept. 10)...scored his only brace of the season by bagging both goals in the 2-0 win against High Point (Sept. 21)...scored in three-straight games against Davidson (Oct. 15), VMI (Oct. 19) and Mercer (Oct. 22), the latter two being game-winning strikes...produced the opening goal in the 2-1 win against Wofford (Nov. 2)...netted an average of one point per game, .5 goals per game...scored his eight goals on an efficient 25 shots, 14 on target...appeared on the SoCon Honor Roll.