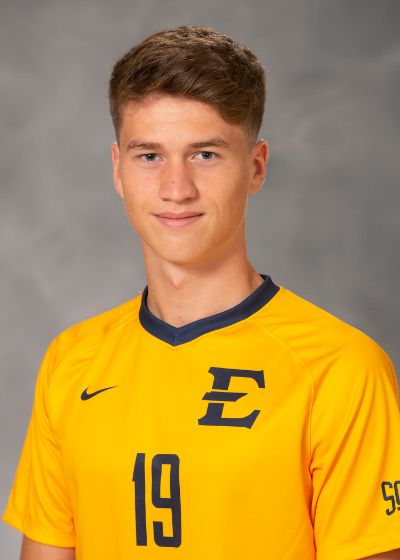 2019: Earned six starts on 12 appearances in his opening season as a Buc...scored his first collegiate goal agianst Presbyterian (Sept. 17) in the 3-0 shutout...attempted a career-high six shots and three shots on target against Old Dominion (Sept. 2)...played a season-high 74 minutes against Belmont (Oct. 29) in the 1-0 overtime win...finished with 14 shots, seven on target...appeared on the SoCon Honor Roll.

Prior to ETSU: Attended Wang Toppidrett Tønsberg in Norway...set a club record 40 goals in one season in the Norsk Tipping-Ligaen in 39 games.