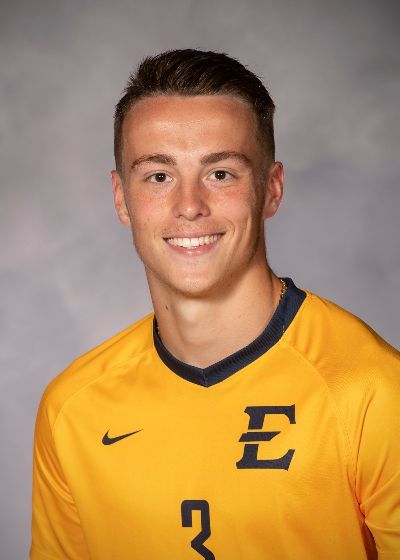 Fall 2021: Named to the Socon All-Academic Team … SoCon Honor Roll member … Started 14 matches, logging 1,254 minutes on the pitch … Was part of a defense that recorded three clean sheets … Finished the season with six shots, two coming on goal … Played the entire match in 11 of the 14 games played.

Spring 2021: Played and started in 10 matches his sophomore campaign...was an established presence in the central of defense, playing in all but five minutes in eligible contests...led the team with three assists...helped keep four clean sheets from his role in the defense...grabbed his first career assist off a set piece against Furman (March 12)...recorded the eventual game-winning assist against Wofford (March 20) before being sent off with five minutes to play...recorded his third assist in a 7-0 rout against VMI (March 30)...played the second most minutes of outfield players with 950...named to the SoCon Honor Roll, the SoCon All-Academic Team and received the Commissioner's Medal.

2019: Spent most of the season learning his trade from the experienced center backs on the roster...made his only appearance of the season against Belmont (Oct. 29) with an injury-plagued backline...helped keep a clean sheet in that contest as well as scoring the game-winner in his debut, heading a Bradley Empson corner kick in the second overtime for the game-winning goal...appeared on the SoCon Honor Roll.