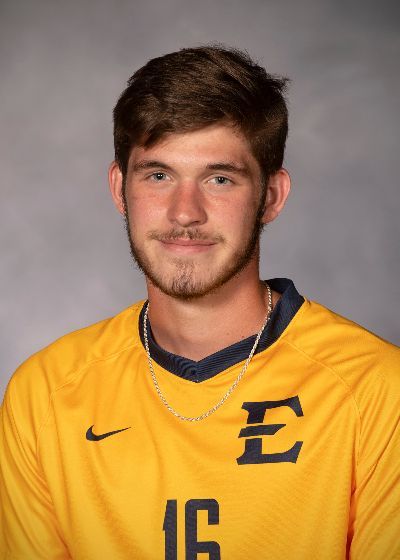 Fall 2021: Named to the Socon All-Academic Team … SoCon Honor Roll member … Played in all 15 matches, with three starts … Logged 476 minutes on the season … Finished the campaign with one goal, one assist, three points and nine shots (six on goal) … Scored his goal and dished out his assist in the 3-3 draw vs. Lipscomb on Sept. 10 … Made first start of the season at VCU on Sept. 14 … Played a season-high 73 minutes against Lipscomb.

Spring 2021: Made 10 appearances on the spring season, receiving two starts...scored the second most goals on the team with four, including back-to-back games with game winners...scored his first goal as a Buccaneer in a tightly contested 1-0 win at Mercer (March 16)...followed the performance with a vital tap in for the 3-2 winner against Wofford (March 20)...scored a brace on six shots in the 7-0 win over VMI (March 30)...named to the SoCon Honor Roll and the SoCon All-Academic Team.

2019: Injured in the final tune-up game before the season, the freshman made 10 appearances on the year starting in late September...picked up the game-winning assist in overtime against Wofford (Nov. 2) for his only points of the year...played a season-high 34 minutes against the terriers, recording his only shot of the season in the overtime win...appeared on the SoCon Honor Roll.

Prior to ETSU: Four-time letterwinner for Rossview High School...recorded 58 goals in his four year career...a two time regional and district champion in 2016-17 and 2017-18...two time selection to the All-State team.