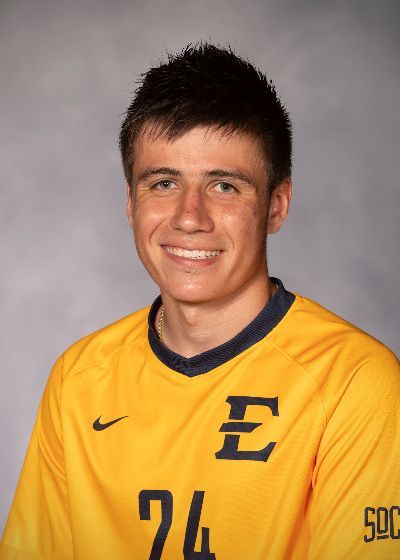 Spring 2021: Made 10 appearances and one start on the season for the Blue and Gold...recorded five shots on the season, two of them on target...played a season best 56 minutes in the 3-2 win against Wofford (March 20)...named to the SoCon Honor Roll, the SoCon All-Academic Team and received a Commissioner's Medal.

2019: Made three starts in 15 appearances for the Blue and Gold...played a season-high 84 minutes of his 599 on the season in the 3-2 win over Old Dominion (Sept. 2)...recorded 14 shots on the year, two of them on frame...appeared on the SoCon Honor Roll...recipient of the Southern Conference Commissioner's Medal.

Prior to ETSU: Transferred from USC Upstate...played in all 16 games of the season, making 11 starts...recorded an assist against Winthrop.