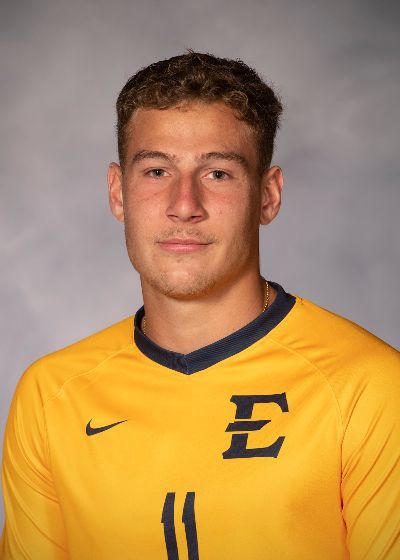 Spring 2021: Made an immediate impact as a freshman, earning Second Team All-SoCon and SoCon All-Freshman honors...scored a team-high six goals on the season, also leading the team with 12 points on the year...opened his account just two games in, scoring at Lipscomb (Feb. 13) in the 2-1 loss...recorded a brace at Wofford (March 20), helping the Bucs to a 3-2 win...scored his first game winner in the 7-0 win over VMI (March 30), grabbing the first goal in the contest on his way to his second brace...scored in the SoCon semis against UNCG (April 10) to pull the Bucs within one...took 14 shots on the season, finishing with a .571 SOG% with eight shots on target...named to the SoCon Honor Roll.