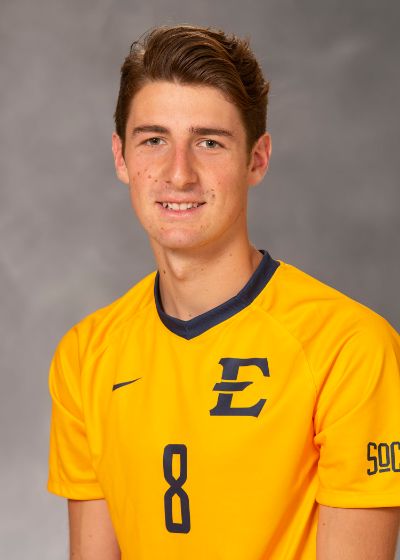 2019: After appearing in three out of the first four games on the year, Chretien became a mainstay in the Buccaneer lineup with 14 consecutive starts to end the season...the junior transfer proved to have an engine, operating deep in midfield and playing at least 77 minutes in 13 games for the Bucs, including 11 games of every minute seen on the field...finished his first season in the Blue and Gold with five shots and one shot on target...appeared on the SoCon Honor Roll.

Prior to ETSU: Transfer from Quincy University, playing in 28 games and more than 1600 minutes...trained with New Zealand's U17 Men's Training Squad in 2014...captain of Canterbury United FC's U21 team and Club Youth Team Player of the Year in 2016 in New Zealand's National Youth Premiership.

Personal: Born on February 14...son of Stephane and Laura...majoring in political science.