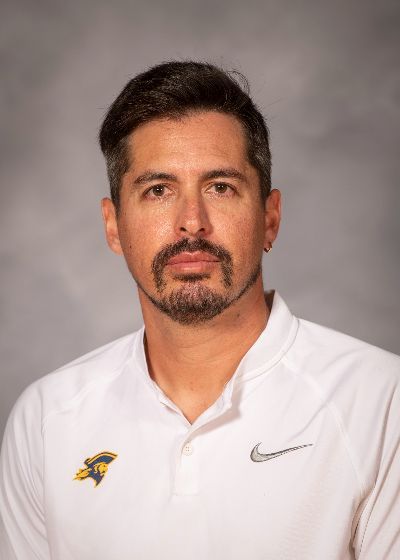 Martin Stiegwardt was named the Director of Tennis and the men's tennis head coach in the summer of 2017. Stiegwardt served time at Auburn and LSU as an assistant coach.

In his first season with the Bucs, Stiegwardt led the program to their 12th straight conference title and their 18th all-time regular season title. The team finished the year ranked 70th in the nation and 8th in the Ohio Valley Region.

Stiegwardt, a 2012-13 ITA Regional Assistant Coach of the Year, spent last year with the LSU program after having worked as an assistant coach at Auburn from 2013 to 2016. Prior to those stops at back-to-back Southeastern Conference members, he was an assistant coach for both the men’s and women’s programs at Virginia Commonwealth University from 2011 to 2013.

The Quito, Ecuador native guided two All-Americans, Alexis Heugas and Antoine Baroz, to the quarterfinals of the 2012 NCAA Doubles Tournament and has had players qualify for the NCAA Individual Championships in four out of his five years as an assistant coach.

During his first season with Auburn, Stiegwardt coached two players into the NCAA Individual Championships and also led the team to its 16th straight NCAA Tournament appearance in 2014. In the 2014-15 season Stiegwardt coached Lukas Ollert to the singles title in the ITA Regional Finals. He also worked with Ollert and his partner Marko Krickovic who finished as ITA Regional runners up in doubles.

While coaching at VCU, Stiegwardt steered both the men’s and women’s teams to consecutive conference titles. Two men’s players were named the conference Most Valuable Player of the Year, and the men’s team finished ranked in the top-30 during each of his two seasons with the Rams.

Outside of the collegiate ranks, Stiegwardt served as the travelling coach for Giovanni Lapentti, No. 110 in the ATP rankings, on the professional tour. Prior to VCU, Stiegwardt was also the former Executive Director of Tennis at SportsQuest Academy in Richmond, Virginia, and the tennis pro and Junior Academy Director at Willow Oaks Country Club.

After beginning his collegiate career at the University of Florida in 2003, Stiegwardt transferred to Georgia State University and graduated in 2007 with a bachelor’s degree in business management after playing the No. 1 court in both singles and doubles for two seasons. The two-time team captain helped lead the Panthers to their highest team ranking in school history at No. 33.

The 2007 Colonial Athletic Association Most Outstanding Performer became the first tennis player in Georgia State history to qualify for the NCAA Individual Championships in singles after finishing his senior season ranked in the top-50.

Stiegwardt also competed at Wimbledon and French Open Junior events and played for Ecuador in the Davis Cup. He was the Ecuador singles and doubles champion in the Under 12, 14, 16 and 18 age groups and was one of the top junior players in the ITF world rankings at No. 40 in singles and No. 24 in doubles.