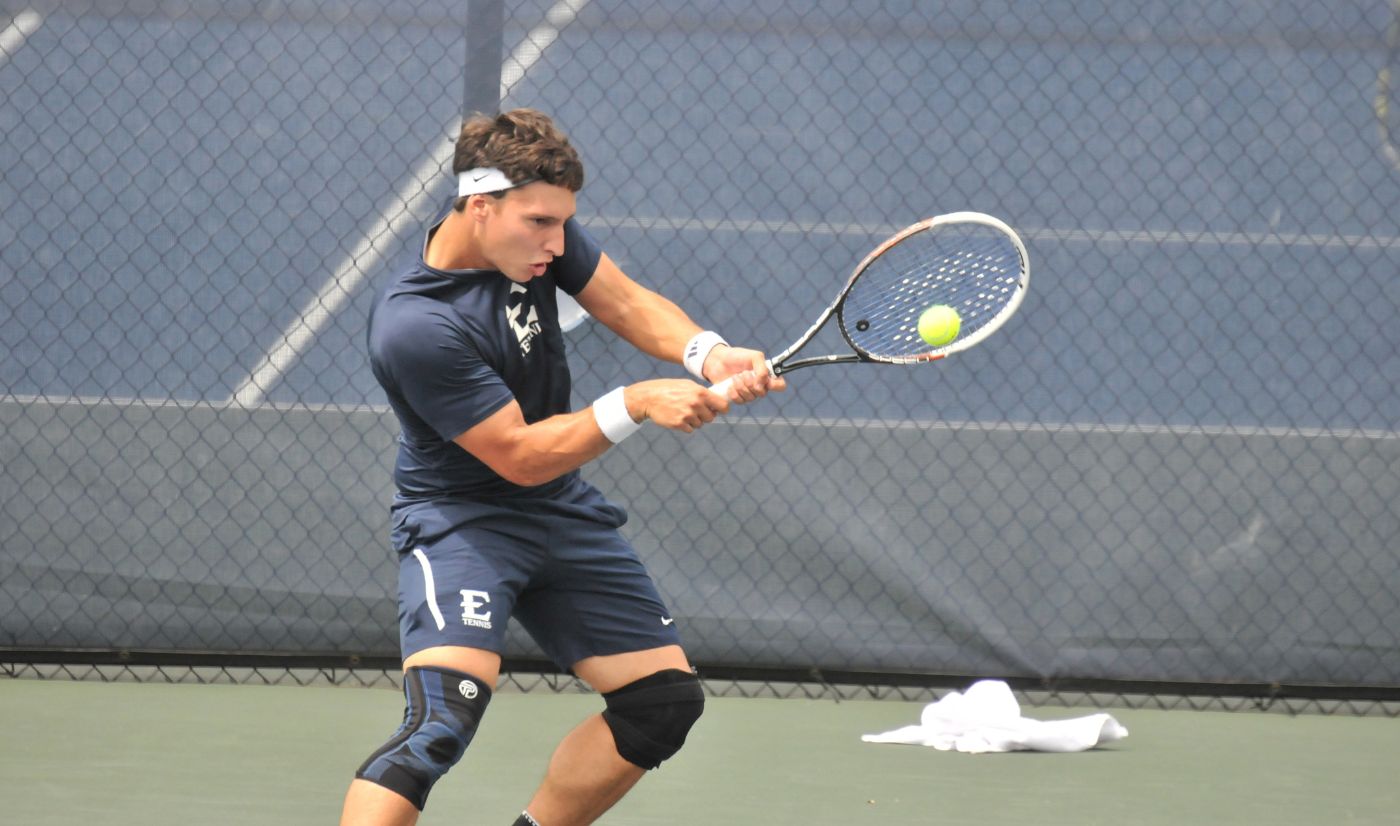 JOHNSON CITY, Tenn. (Oct. 2, 2015) – The East Tennessee State men’s tennis team will head to Tulsa, Okla. to compete in the 2015 Saint Francis Health System ITA Men’s All-American Championships this weekend. The tournament will get underway with the pre-qualifying round Oct. 3.

The Bucs have competed in three different tournaments so far this fall. Collectively, ETSU has a record of 14-10 in singles matches and a 4-3 mark in doubles contests.

Individually, Robert Herrera (Barcelona, Spain) leads the team with five victories so far this fall and holds an overall record of 5-2. Rogerio Ribeiro (Sao Paulo, Brazil) also has a winning record in the fall with a mark of 4-2.

This weekend’s tournament begins with pre-qualifying matches on Saturday Oct. 3, with qualifying matches starting Oct. 5 and the main draw contests beginning Oct. 8. The finals for both singles and doubles are set for Oct. 12.