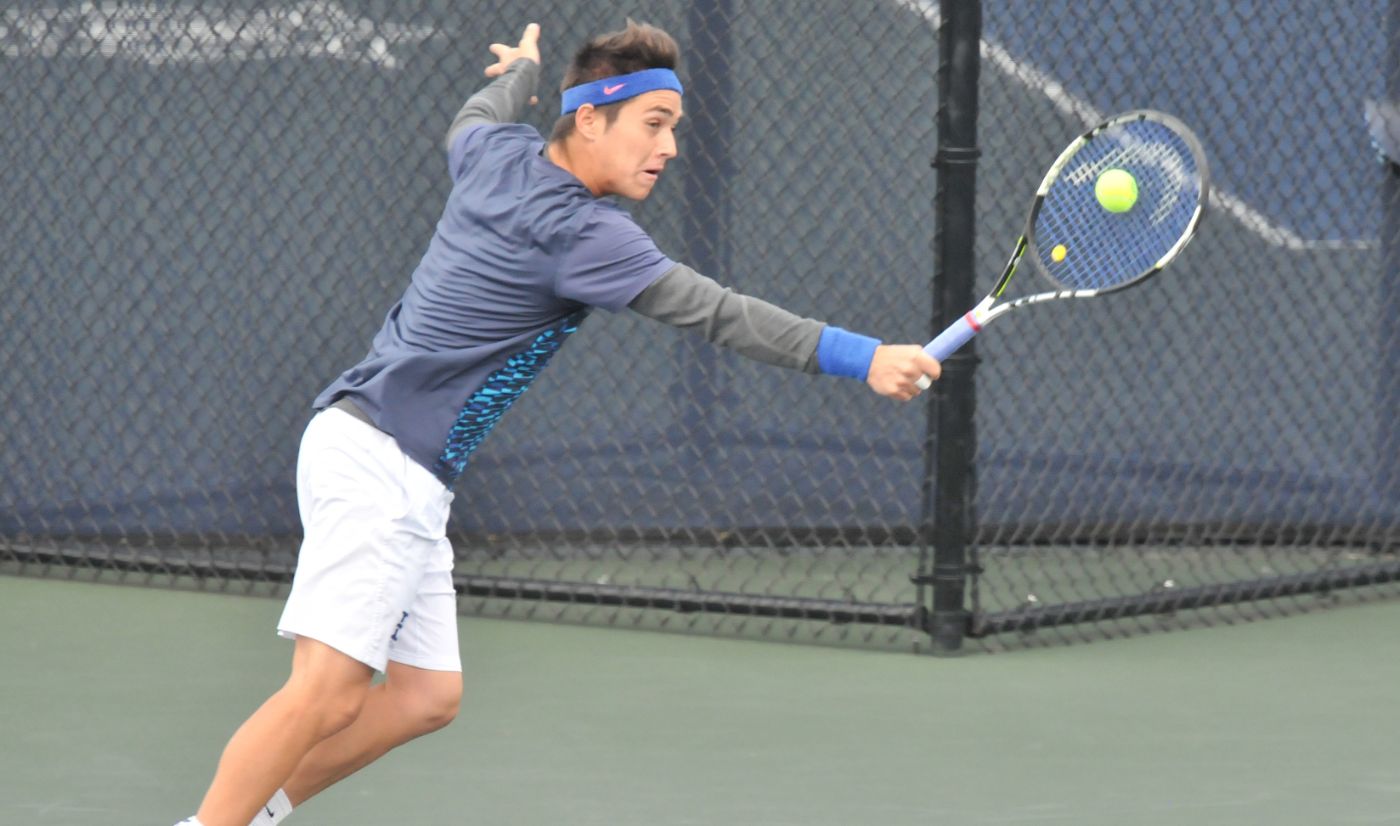 ETSU dips to 0-3 on the season

SEATTLE, Wash. (Jan. 22, 2016) – The ETSU men’s tennis team faced its third ranked team in as many matches Friday evening in Seattle, Wash. As was the case in the first two matches, the Bucs dropped the match as it fell to No. 45 Washington by a score of 5-2. With the loss, ETSU moves to 0-3 this season.

ETSU won three matches against the No. 45-ranked Huskies. Senior Ricardo Pabon (Bogota, Columbia) picked up his first singles victory of the season defeating Piers Foley by scores of 5-7, 6-2, 6-4. Robert Herrera (Barcelona, Spain) improved to 2-1 in 2016 with a sweep over Sebastian Hawken: 6-3, 6-3. In doubles action, David Biosca (Sant Fruitos de Bage, Spain) and Rogerio Ribeiro (Sao Paulo, Brazil) won their second straight doubles contest with a 6-3 victory in the No. 2 doubles slot.

“It is like déjà vu,” said ETSU Head Coach Yaser Zaatini. “Washington is a great team but we keep squandering our opportunities. I feel like we are better, stronger, deeper than we have been yet we are falling a tad short. We need to execute a little better and have ice cold blood running through our veins when it’s time to close it out.

The Bucs will be back in action Saturday when it takes on Pennsylvania in Seattle. First serve is scheduled for 5 p.m. EST.

“We have another chance tomorrow and I’m looking forward to seeing our guys put it together,” said Zaatini.