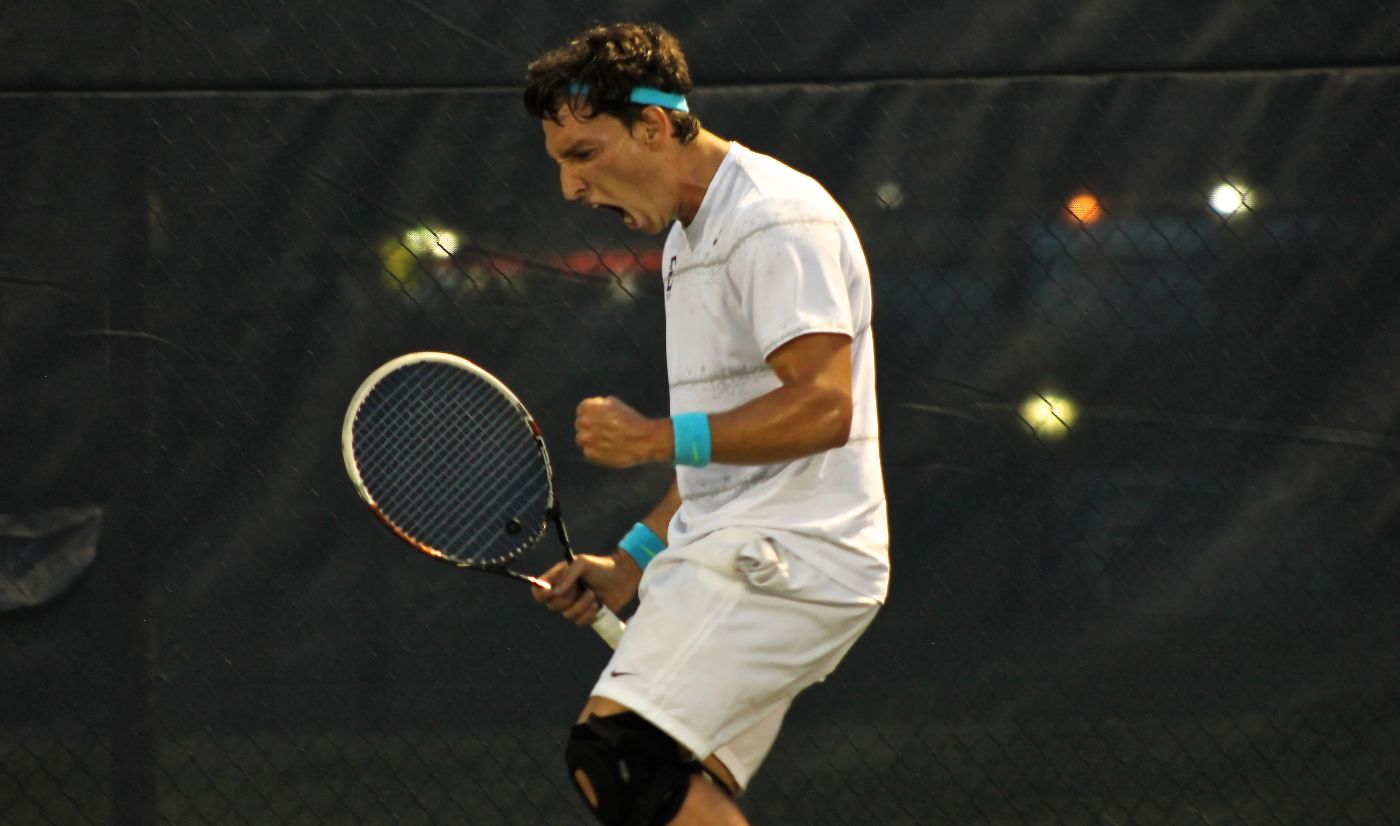 Rogerio Ribeiro notched a victory in both singles and doubles for ETSU
ETSU edges Penn for first win of 2016, 4-3
Related Links

Bucs wrap up the west coast swing Monday vs. Portland

SEATTLE, Wash. (Jan. 23, 2016) – Following three straight losses to begin its 2016 season, the ETSU men’s tennis team notched its first victory of the spring season Saturday when it knocked off Pennsylvania, 4-3. The win bumps ETSU’s record to 1-3.

In singles action the Bucs were led by Robert Herrera (Barcelona, Spain) who notched his team-best third win of the season over Josh Pompan: 6-2, 6-3. Freshman Wenceslao Albin (Salliquelo, Argentina) won his first collegiate match in the No. 6 slot defeating Blaine Willenborg in three sets.

“We desperately needed a win,” said ETSU Head Coach Yaser Zaatini. “Penn is a dangerous and deep team. We are definitely banged up but the guys showed heart. It is hard to find winning ways when there’s a doubt but the guys fought through. I’m proud of the whole team effort and hopefully we can keep this going.”

The Bucs will look to keep this momentum rolling Monday when they take on Portland at 1 p.m. EST in Seattle, Wash.