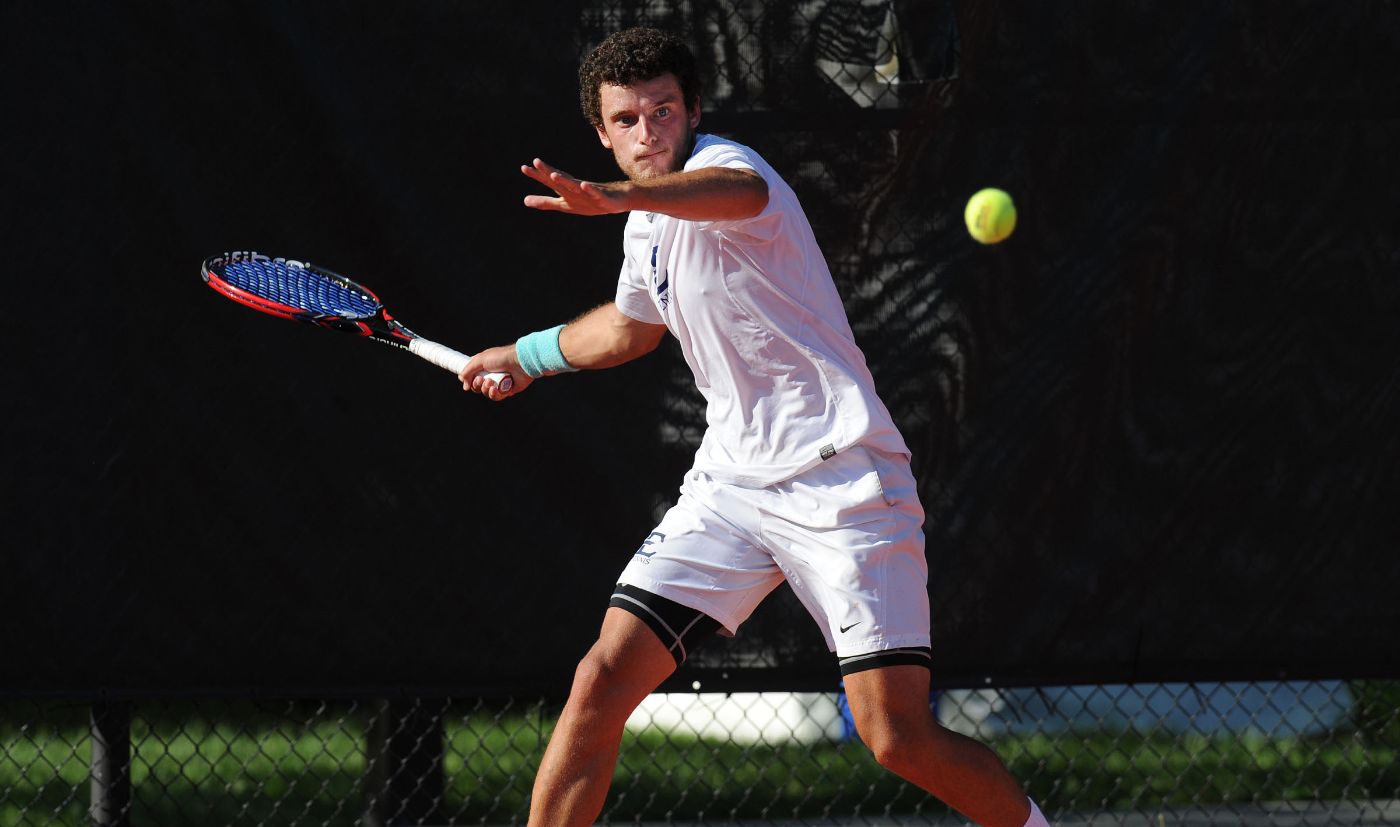 ETSU maintains its dominance at home and evens its record at .500

JOHNSON CITY, Tenn. (Feb. 6, 2016) – The ETSU men’s tennis team picked up its third straight victory Saturday as it defeated Appalachian State, 6-1, in front of a solid crowd at the Dave Mullins Tennis Complex. With the victory, the Bucs get back to the .500 mark after beginning the season 0-3. Additionally, the Bucs maintain their dominance at home as they have now won 19 consecutive matches in Johnson City dating back to 2013.

“Appalachian State is a solid squad and they made us work for the win," said ETSU Head Coach Yaser Zaatini. "I'm not extremely pleased with the way we played today. We may get away with a win here and there but if we don't straighten this out, we are going to be in trouble."

The Bucs began the match against the Mountaineers strongly sweeping the three doubles matches by scores of 6-2, 6-2 and 6-4, respectively. David Biosca (Sant Fruitos de Bage, Spain) and Rogerio Ribeiro (Sao Paulo, Brazil), who are the No. 7 doubles duo in the Ohio Valley region, picked up an impressive victory over the No. 10 ranked team in the Carolina region in Scott Webster and Jan-Willem Kleynhans, 6-2.

Following a clean sweep in doubles, ETSU did not have an easy time of it as two of the six tilts went to three sets. Sophomore Robert Herrera (Barcelona, Spain) and Biosca got the Bucs started with a pair of wins and then Ribeiro clinched the match for ETSU with his fourth win of the season.

ETSU will have 20 days before its next match Feb. 26 at Georgia State. The Bucs will also take on No. 11 Georgia Feb. 28 to wrap up the short two-match road swing to the Peach State.

"Now our focus needs to be on Georgia State," said Zaatini. "A tough test on the road."